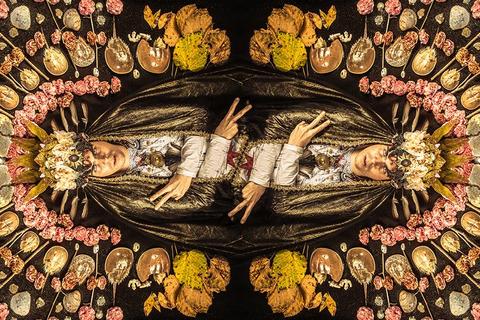 Born 1983. Tallahassee, Florida.
In the last few years, SORNE has written over 80 songs. The first 13 were released in 2011 in his debut album, House of Stone, and he’s preparing to release five volumes of new music over the course of 2014 and 2015, which tell the story of the House of Stone Saga

Set in no particular time or place, the story speaks of family relationships, focusing on the death of the father as each character struggles to protect their house from an outside invading force. House of Stone grew in his mind for years, the characters initially born as direct reflections of his mother and her siblings. House of Stone evolved from childhood views of family into characters with a life of their own, each representing, in Sorne’s words, “archetypes of the human condition.”

The live show is a multi-dimensional experience, weaving together live music, dance, and visual art.

In 2011, SORNE caught the attention of Kyp Malone, Tunde Adebimpe and Jaleel Bunton of TV on the Radio and was asked to open for them on a short tour, performing to sold-out crowds at such prestigious venues as The Fillmore in Miami Beach, House of Blues in Orlando, Florida Theatre in Jacksonville, Jannus Live in St.Petersburg and Cains Ballroom in Tulsa,OK., amongst others.

In 2013, SORNE performed as support for Beats Antique on their fall "A Thousand Faces" tour, along with two national headlining tours, and a performance at Art Basel Miami 2013.