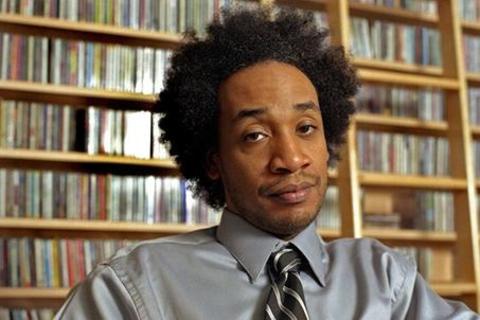 Paul Edward Huston, (born April 2, 1967[1]) better known by his stage name Prince Paul, is an American disc jockey, record producer and recording artist from Amityville, New York.[2] Paul began his career as a DJ for Stetsasonic, since then he has lent his skills to albums by Boogie Down Productions, MC Lyte, Big Daddy Kane and 3rd Bass, among others. Paul's big break came when he produced De La Soul's debut album 3 Feet High and Rising (1989). He broke ground in hip hop production and by throwing in comedy sketches as well, Prince Paul and De La Soul completely ushered in a new era for hip-hop.
In 1994, Paul returned to rapping, joining RZA and Stetsasonic member Frukwan in Gravediggaz, a side project that debuted with 6 Feet Deep. He also began working with the new elite in underground hip hop, recruiting Dan the Automator, New Kingdom's Scott Harding, and Spectre for his debut solo album, 1997's Psychoanalysis: What Is It?. His second album A Prince Among Thieves, followed in 1999, and later that year Paul formed Handsome Boy Modeling School with Dan the Automator, to release the album So...How's Your Girl?. His own Politics of the Business, another concept album, surfaced in 2003 (a year after a second Handsome Boy Modeling School album), and was followed by 2005's Itstrumental, as well as the archival compilation Hip Hop Gold Dust.