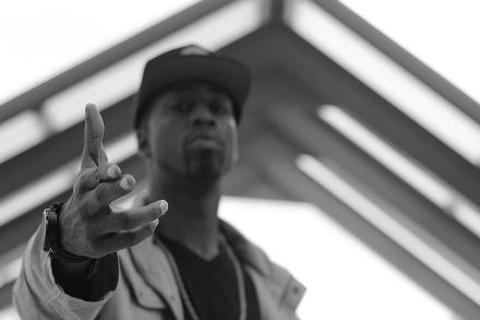 Sy Ari “Da Kid” Brockington (aka THE YERT MAN and MR. NO BUMSAUCE; formerly known as “Da Kid and Allat”) was born on January 8, 1986 in Bronx, New York, but has been residing on the North side of Atlanta, GA. for that past 17 years. Raised in a two-parent household he shares the values, morals, and first-class ethics instilled in him during his upbringing which he speaks highly of through his music; while avoiding the negativity of the streets and the use of alcohol and drugs. The hip hop artist is exceeding in this game by popular demand with his memorable music.
With his lyrically vicious tongue, the charismatic, metaphoric, mayhem, is currently working on his 15th mix tape since February 2012. Earning 11 recurring wins on Atlanta's hip hop station Hot 107.9 for rap battling, Sy earned recognition for himself in Atlanta. Expanding his role in music, he educated himself on the art of song producing; which caught the eye of a Grammy Award winning Brian Michael Cox and signed Da Kid as a producer on his label. Due to this awe-inspiring opportunity, in 2006, Da Kid launched an independent record label (Arrogant Music)
Sy has branded his own humorous jargon which includes “YERT, TURKEY, KENDALL, WHEATTHINS, and BUMSAUCE” with BUMSAUCE being an all-time favorite for his fans because of the comical “BUMSAUCE” skits that are included as interludes on a few of his mix-tapes. . He has worked in partnership with artists such as Travis Porter, Cyhi Da Prynce, Future, Waka Flocka and Akon, just to name a few. He considers himself to be a role model who is dedicated to his fans and puts across, “I motivate the people to stay positive. I show step by step how to turn a dream into reality with a penny. I smile as soon as I wake up. I treat my parents like a King and Queen. Plus, I aim to be my best…already believing that ‘I AM’ while taking my music to Heaven.”
Quote- “The first rule of business is every rule is the first rule” and “Future money is better than now money…Business 101!”