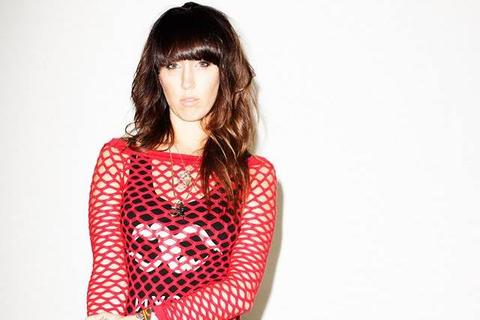 “Some people are just filled with so much to give the world...I feel like that.” - Speakerfoxxx

Born and raised in Atlanta, Georgia, Nilan aka “Speakerfoxxx” is a nationally-respected DJ, and globally-emerging brand to match. In just four years the self-taught DJ has built a resume that includes a wide spectrum of residencies from the swanky W Hotel to the smoky underground Hip Hop Atlanta hideout El Bar to a secured residency on NYC's East Village Radio's show "Ballers Eve."

Speakerfoxxx boasts a diverse musical upbringing that saw her singing the church choir and playing in the school band. She learned to play both piano and ukulele by age five and began playing guitar at age 12. In middle school she played in the jazz band and in high she played in a number of punk rock bands she formed herself.

“I was always a fast learner as a kid,” she admits. “I don’t like not being good at something, so I put my all into learning something when I try it. So that works to my advantage.”

As a teen and early 20-something, Speakerfoxxx fell deep into the party and live music scene like most people her age. But eventually, she grew fonder of the DJs controlling the crowd than the artists and the drinks. So in 2005 she began spending all of her spare time collecting records and saving money to purchase her first pair of turntables. From there spent hours on end practicing the craft and landed her first gig at a local pool hall within months.

Her unique ear for music, skills and demand for female DJs at the time opened doors to more gigs almost immediately as she began spinning at Atlanta hotspots where patrons included the city’s cutting edge artists, creatives and innovators. Which makes sense seeing as how beyond DJing, Speakerfoxxx is also a skilled visual artist and former tattoo apprentice who was accepted into the Savannah School of Art and Design in 11th grade and was offered scholarships from New York City’s top art schools including Pratt Institute, Parsons School of Design and the School of Visual Arts. She however landed in Decatur, Georgia’s all women’s school Agnes Scott College where she majored in Fine Arts and Africana Studies with a Spanish minor.

After traveling around the country as an official tour DJ for the likes of Yelawolf, Rittz and Three 6 Mafia's Gangsta Boo, Speakerfoxxx is now adding festival DJ to her resume having played parties and sets at Miami’s Art Basel, South By Southwest, A3C Hip Hop Festival and TomorrowWorld. Her ability to explore different musical genres has also landed her gigs for corporate brands like Porsche and Microsoft, private parties for celebrities like Justin Bieber and Atlanta’s HIGH Museum of Art.

“I always try to pay homage to the music that came out before,” she says. “It’s real important to me to not just go up there and play the Top 40 songs. I want to link the history of music together.”

Speakerfoxxx is also making efforts to link her love of music with her love for fashion. The professional hairdresser and fashion curator made history in 2013 when she collaborated with fashion designers Dee & Ricky for a first-of-its-kind music and fashion mixtape. Her creative ambitions also include a series of art and photography books she plans to release in 2014.

“When you are a true artist, the medium may change, but it doesn’t matter what you do, you’ll always be an artist,” she says. “I’m DJing, living fashion and doing hair. I think they work hand in hand with each other.”

Whether it’s a record, paintbrush or pair of shears, whatever Speakerfoxxx’s gold-ringed hands have touched have turned into just that...gold.