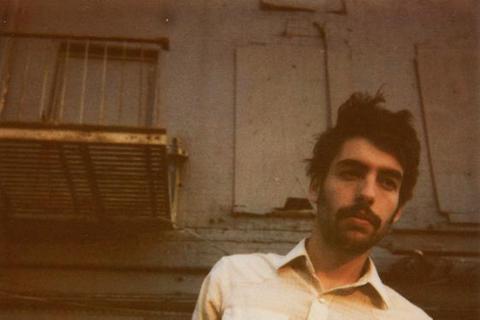 Leif Vollebekk spent two years searching for perfect takes. This search took him from his home in Montreal to a studio in Manhattan, from a farmhouse in Woodstock, NY to a mansion outside Paris, and the result is a dusty, polished, new, old record called North Americana.

“I wrote the songs, I found the best band in the world, and then all I had to do was find the right studio, for the right take,” he says. “And it took forever.”

After his 2010 debut, Vollebekk knew the kind of album he wanted to make next: a record like the ones he loves by Gillian Welch or Ryan Adams, that feel old and familiar even when they’re new. But also a record that speaks to the listener through its lyrics, with songs “that can hold up in a storm,” that are packed full of perfect little mistakes. So he started writing. Ten new songs, the best he had ever written, with lines about love and the end of love, about journeys and homecoming, about the death of friends and drinking yourself dry. Now Vollebekk laughs: “I thought the record was done when I was finished writing the songs. ‘All we need to do is record it!’” But when you’re searching for the perfect take, recording is no small task. It happened only piece by piece, session by session, song by song, over the course of seasons.

The players were these: Vollebekk, singing, playing guitar and piano, harmonica, rusty fiddle on “When the Subway Comes Above the Ground”; the jazz musicians Hans Bernhard (bass) and Philippe Melanson (drums). “I wanted to be able to roam with them wherever I go,” Vollebekk says. Arcade Fire’s Sarah Neufeld played violin, arranging her own parts. Joe Grass played pedal steel, and Adam Kinner played tenor sax.

The heart of the songs were always recorded live, to tape. Old school, spontaneous, one real captured moment. To find these moments, they travelled. To Montreal‘s legendary Hotel 2 Tango studio, working with Howard Bilerman (Arcade Fire, Coeur de Pirate, Godspeed You! Black Emperor). To New York City, working with Tom Gloady (Ryan Adams, Sigur Rós, Patti Smith). To La Frette studios, in La Frette-sur-Seine, France. And then back to Montreal, for one song at Breakglass studios. Vollebekk even tried recording with John Simon, the producer whose credits include Music from Big Pink and Songs of Leonard Cohen. At his home in upstate New York, Simon listened to “Cairo Blues,” then travelled up to Montreal to record it. “There was just not a good take,” Vollebekk says. “I ended up doing it a few months later, again at the Hotel, between takes of something else – and that’s just how it went.” North Americana took years. “All this time,” Vollebekk says, “trying to get one take.” But the result is a beautiful, alive, human – shambling ballads, noisy folk songs, vivid portraits of a 27-year-old’s watercolour life. “I feel like I created a record from 1970something that no one’s heard before,” Vollebekk says. “I’m haggard and this record is all I got.”

The show at St David's Bethell Hall on Thursday, March 13