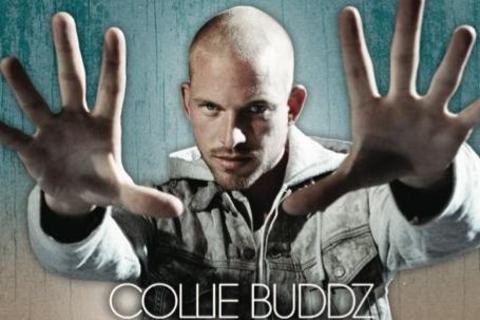 By now, in most music circles, Collie Buddz, born Colin Harper, is known as an artist who seemingly burst onto the scene a few years ago with a song firmly atop the Billboard Reggae Chart. A music producer first, Collie contributed much of the production on his first self-titled album, released under the Columbia Records imprint in 2007. Critics and tastemakers alike embraced the album and the jumbo-sized first single, "Come Around" could be heard on street corners from Brooklyn to Kingston. Spin Magazine proclaimed, "Buddz proves the pop rule: Catchiness transcends color." Vibe Magazine boasted that the single was one of the "best songs of the year." Bold statements like "Bermuda's reggae sensation is no joke," and "Collie Buddz is one of the most firmly grounded voices you may ever encounter," weren't uncommon. Entertainment Weekly proclaimed that "Collie Buddz is perfect for summer block parties." Certainly extraordinary, an artist hailing from the isle of Bermuda emerging as Caribbean culture's musical ambassador, the Collie Buddz story seemingly appeared to be writing itself.
It’s so rare when the industry anoints a new voice in music. However, time and time again, Collie found supporters both at home and abroad. With production contributions from Supa Dups, Shea Taylor, Bang Out, Bobby Konders and even Crown N Kah-So-Real and admiration from BBC Radio disc jockey David Rodigan and New York Reggae champion Massive B, Collie found himself in a very unimaginable situation. He had a massive record, an incredible album, real credibility and critical praise. Yet, by 2008, his relationship with Columbia Records had ended. So what happened?
Perhaps the music explains it all. After all, Reggae is a celebration of the spirit of defiance. At its heart, it’s a rally-cry for those who refuse to be suppressed. Stripped down to just one single word, Reggae is simply Independence. And in the end, Collie needed to grow as an artist without any restriction. In late 2008, along with his management team, Mojiza Management, Collie Buddz took a leap of faith and parted ways with Columbia Records. He needed to be independent, at least for a while.
“Travel is fatal to prejudice, bigotry, and narrow-mindedness, and many of our people need it sorely on these accounts. Broad, wholesome, charitable views of men and things cannot be acquired by vegetating in one little corner of the earth all one's lifetime,” famously uttered by American literary legend, Mark Twain. If indeed true, Collie Buddz may just be among some of the most enlightened. At the least, he's traveled as far possible from his little corner of the earth. And, although some may wander for adventure or spiritual growth, Buddz' direction was one of intendment.
He wanted to create new music, experiment with it in front of live audiences almost immediately and
 
develop into the live performer that the quality of his music demanded. With support from his management team at Mojiza Management, Buddz' quest would take him all over the world.
For the past six years, Collie Buddz honed his craft while in support of several tours with artists such as Cypress Hill, Rebelution and Matisyahu. He's performed in front of thousands at the largest music festivals around the world. From Lollapalooza to Boomtown and Summer Jam to the California Roots Festival, Collie Buddz hasn't left the road but for brief periods of time.
In the pursuit of something greater, when not traveling, Collie would record and release new original music independently on his own record label, Harper Digital. He also founded a new radio station back home in Bermuda (Vibe 103) and even found time to become a father.
After spending six years touring the world, releasing his own music completely independently and building an infrastructure that would support the Collie Buddz brand, Colin Harper - the man - found that he was doing a bit of soul searching. Not a surprising emotional reaction considering, Sony Music, an old friend from his past, came knocking again.
Buddz explains, "I've been touring for six or seven years. We've seen a huge amount of new fans. But when my manager, Dino Delvaille, told me he had secured a deal with Sony, I was like ok, let's do it."
Indeed Sony Music was interested. A&R Executive Vice-President Salaam Remi, most known as one of the top selling music producers in the world [Fugees, Usher, Fergie, Amy Winehouse], knew of the buzz surrounding Collie Buddz and with a sense of unfinished business, made the offer for Collie Buddz to join his label imprint Louder Than Life, a division of Sony Music Entertainment.
"We've been with Sony Music before. We know what to expect. Salaam knows Reggae music and music in general. It felt good. With years of touring and being at that same pace for a while; I want to reach a certain level with my career. I want to go someplace I haven't gone yet and being back with Sony Music definitely helps with that."
Collie Buddz finds himself at a new and yet familiar crossroad. He's reunited with Sony Music, albeit under a different division at Louder Than Life. He's just released "Light It Up," an infectious anthem that's spreading across every college campus. Produced by Neenyo, a protégé of J.R. Rotem, it’s a tremendous record that nightclubs across the country will embrace.
"As an artist, I want to expand musically. I'll always do Reggae. I did Reggae music because I was good at it and that's what I knew growing up. But at the same time, when I put on my producer hat and I hear a riddim, it might not be in my comfort range, but whatever I hear on the track dictates what I'm going to make. I really only care about making good music. And for that to happen, it can't live in a box," Collie rationalizes.
For the time being, it appears that Collie Buddz will put Mark Twain's theory to the test.