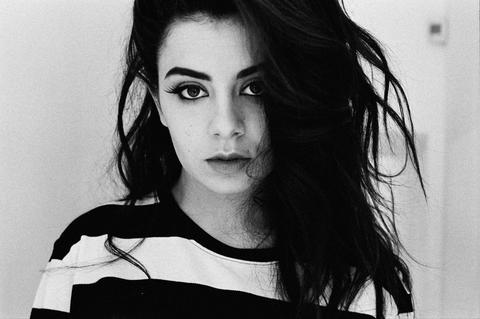 Pop music has mutated. Where once the mainstream absorbed the underground, polishing off its rougher edges, the two now seem to be running concurrently, constantly intertwining. At the forefront of this undeniable shift is Charli XCX, a pop star in the purest form who can turn her hand to writing global smashes (Icona Pop's I Love It) while still pulling and prodding at the parameters of the genre (the Gold Panda-sampling You, the electronic cluster of Nuclear Seasons, for example). Her debut album True Romance – released last April – received rave reviews from the likes of Pitchfork, The Guardian and Popjustice, while her style (a sort of sartorial melange of Tank Girl and Winona Ryder circa Heathers) has been referenced by some of pop's big guns, chiefly Katy Perry.

Despite having only just finished touring True Romance – including a support slot with Paramore and her own UK and US headline tours - Charli's already started working on the follow-up, heralded by the fizzing stomp of the new wave-inspired SuperLove. Released late last year and landing on the Radio 1 B-List, it helped reignite her creative juices after months on the road. “SuperLove was this really magical moment where I felt like I was re-born musically. I was like 'wow, I'm excited about music again'.” Hence why she's in a rush to get the second album out. “Some of the songs on that first album have been in my life for so long now that I've been itching to make new music, basically since True Romance was released,” she explains. “By the time the record came out I was like 'fuck, I'm ready now'. I know who I am now and I just want to do it again and make it better. I feel like now this is the best music I've ever made.” So while she's proud of the densely-layered electropop of her debut - “The album coming out and getting so well reviewed was a middle finger to the haters, so that was cool” - and the reaction to I Love It - “It's given the people around me the confidence that I can write a hit and people know that now” - she's keen to move on. And how.

“I don't want to make a synthpop record – in fact, the term synthpop makes me want to vomit,” she laughs. “I just feel like everyone's expecting me to come out with this slightly electro pop record and I didn't want to do that. I want to take the completely unexpected turn otherwise it gets boring and predictable.” So while SuperLove – produced by True Romance collaborator Patrik Berger – riffs on bands such as Bow Wow Wow, The Waitresses and Flying Lizard, creating a more live band feel, the as-yet-untiled album takes its influence from everything from French '60s pop to shouty rock-pop from the likes of Weezer and The Hives to the dark-tinged soaraway melodies of t.A.T.u. “It's raw pop,” she says of the album. “For me on stage that's what I am; I'm not polished. I'm bored of that.”

With a skittish, almost childlike thirst to keep evolving as an artist (“I'm a very spontaneous person and I get bored really quickly”), Charli XCX isn't one to rest on her laurels. Nor is she the type of pop star that finds it hard to explain how her music makes her feel or, more pertinently, the colours it makes her see. “I always thought of True Romance as being purple and very lo-fi luxury in its sound,” she explains, “whereas this one is raw but also still pop. It's red. Definitely red. I'm inspired by red Chanel blazers and red lipstick stains on Martini glasses. Those cherry's you get in drinks.” She's on a roll now. “Very tailored suits. Like hard suits but wild. I see all those things as being red. Very sexy, spectral record in a very classy, masculine way.” It's also a celebration of pop at its most bold and brash: “I feel like everything about this record is very blunt. I think blunt is good. I like stupid songs. I think stupid pop songs with dumb lyrics are the best things ever. That's the same with the production side as well.”

It takes a certain skill to make a great pop song, especially one that seems so effortless, and yet that's exactly what SuperLove is. As work continues on its parent album – due for release in early summer – there's already a sense of an artist reaching the peak of her powers. Just don't wait too long before you fall in love with her; she will have changed by then. “I don't like spending loads of time on things. If you have to work on an idea then don't bother with it,” she shrugs, eyes glinting with a hint of mischief. “It's like when you're drunk and you say something completely honest – with songwriting, the first thing that comes out of your mouth is the most truthful thing.”