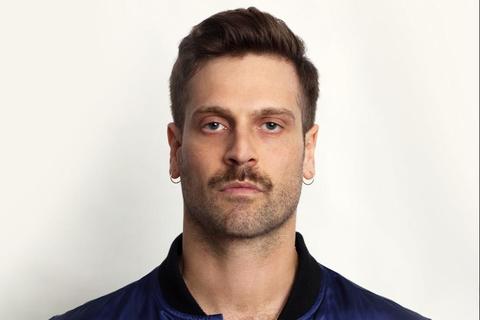 Touch Sensitive's debut single 'Body Stop' was one of the first tracks released on Future Classic, all the way back in 2004. Cloaked in anonymity it's cosmic vibes and Italo authenticity made it a cult favourite among discerning DJ circles from East London to Brooklyn. Re-emerging in 2006 under the Arithmatixx! pseudonym to produce a remix of (at the time) fledgling disco producer Mario Basanov it was later revealed both aliases to be the solo project of Van She co-writer and co-founding member Michael Di Francesco. Fast forward to 2012 and his third track 'Real Talk', a collaboration with Anna Lunoce, saw Touch Sensitive spend five (5!) months at the top of the Beatport indie-dance charts with what was universally recognised as one of the underground hits of the year.

2013 see's the release of his debut EP 'Show Me The Pizza Guy', previewed by LA super-producers Classixx in their mix for The Fader and Triple J they affectionally cite that "The Touch Sensitive tracks are masterfully produced and ultra-emotive. 'Pizza Guy' transports me to running the final stretch of my high school x country races in slow motion."

Touch Sensitive debuted his live show in February 2013 supporting Bicep at Future Classic's cult Adult Disco party, and has taken charge of the local scene, playing at iconic Sydney venues including Sydney Opera House and Centrepoint Tower as well as the Australian Listen Out festival alongside Disclosure, Azealia Banks, Alunageorge, Classixx, John Talabot. Touch Sensitive has since toured USA for three months in 2013, as well as featuring as main support for Flume on his recent USA tour.

"Surrender to a decadent melange of glittery arpeggios, fat funky basslines and chopped up vocals in this gorgeously produced track" - Discobelle

"sounds like Toro Y Moi and Aeroplane had a baby, which is very cool" - Stoney Roads