From Riffs to Bits: James Williamson and Buzz Osborne 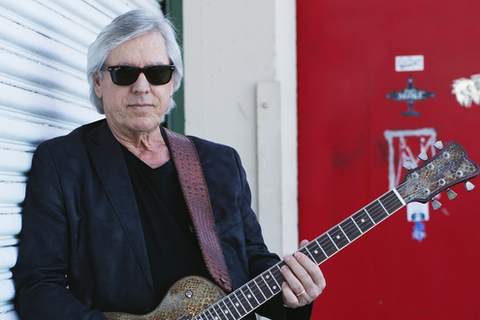 Follow the rock-to-tech-to-rock journey of American composer, guitarist, producer and electronics engineer, James Williamson, contrasted with the enduring career of heavy music titan Buzz Osborne of the Melvins. Williamson cemented punk's sound with The Stooges' "Raw Power," but his journey would lead to extensive work as a tech engineer and evangelist. Osborne absorbed punk's legacy and has spent his entire career reinventing it sonically. Together, they'll probe into punk's past, muse on the present and provide varied perspectives on the future of music and technology. Part of the IEEE Technology for Humanity Series.

Jack Boulware is co-author of the definitive oral history of Bay Area punk, Gimme Something Better (Penguin), among other books. He is also co-founder of San Francisco’s annual Litquake literary festival and its affiliated Lit Crawls (including Austin).