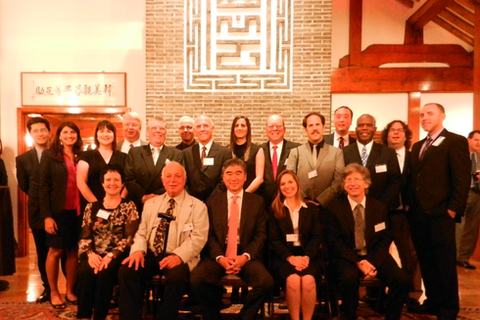 Delve deep into ways to increase revenues by looking abroad. Every label and artist must promote widely and create revenues from multiple sources via sales and streams to get a river of dollars, pennies and micro-pennies. As the U.S. share of the International music marketplace has shrunk from 34% to 27% over the past seven years, per IFPI statistics, expanding your marketplace has become imperative to having a viable economic model to support your label and artists.

Rich Bengloff has been A2IM President since January 2007, A2IM is a not-for-profit trade organization that represents over 300 dues paying Independent music labels located across the country stretching from Hawaii to Florida, that have banded together to form a central voice advocating for the health of the Independent music sector in the areas of advocacy, commerce and member services. Rich has spent much of his career in the music and entertainment industry, during the past 25 years having worked at both music labels and music distributors at both independent (RED, Combat/Relativity/In Effect) and major music companies (Sony Music and Warner Music) as well as WNYC Radio, serving as a senior level operations and financial executive.

Rich’s perspective on the music industry and independent music in particular, has been frequently published in both trade (Billboard, FMQB, etc.) and consumer print and digital publications (NY Times, Hypebot, Huffington Post, L.A. Times, Daily Tech, etc.). Rich also is often called on to be a panel moderator/speaker at events around the world including events as varied as CMJ, Digital Music Forum East, Midem, SXSW and the inaugural International Creative Industries Summit in Shanghai, China in 2009. Rich is a graduate of SUNY New Paltz, has an MBA from Columbia University and is an adjunct professor of Communications and Media Management at the Fordham University Graduate School of Business and Hunter College teaching the introduction to the music industry course.

Eric Tobin is the Director of Business Development and A&R at Hopeless Records and Sub City Non-Profit. He oversees domestic sales for all formats and the label’s international operations. In addition to sales, Tobin scouts for new artists and works closely with them and management on early development planning, touring, and music. He also works closely with the company President Louis Posen on business development priorities. Prior to Hopeless, Tobin toured for several years as a tour manager, live sound technician, and worked in several studios as an engineer.

Cathy Bauer has dedicated her career to the Independent music community. She worked her way up the ranks at Lookout Records from the era of Mr. T Experience and The Hi-Fives to Ted Leo and Pretty Girls Make Graves. She later served clients, worked with the engineering, scrum, and marketed content at IODA. Currently, Bauer is the GM of Daptone Records and is responsible for sales and marketing of releases by Sharon Jones & the Dap-Kings, Charles Bradley and Antibalas, which entails connecting all the dots between distributors, customers, management, PR firms, radio partners, and more including International release planning.