The New Geography of the Music World 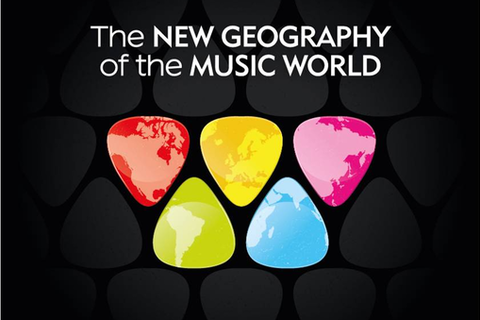 Geographical borders and barriers to music distribution are shifting with the evolution of the music industry online. Will the next Rolling Stones be from Brazil? Is internet music technology enhancing the ability of artists and labels to reach a global audience of music fans? Or are they simply giving labels a new way of reaching the mass market with established acts? Hear about bringing music beyond the traditional western markets that once dominated, and how developing markets and their artists might offer the key to the future.

After training and joining Procter & Gamble, Axel Dauchez quickly made a name for himself in the media and web industries.

In 1995, he became director of the consumer marketing department of Coktel-Sierra-Blizzard, the world-leader of edutainment games and software for computers, and in 1996, he launched their first paying online services.

Axel was appointed President of the first French web agency, BDDP & Tequila interactive, in 1998 and in 2002 he became the CEO of Moonscoop Group, the world’s largest audio-visual animation production company . There he oversaw the group’s implementation in the US and created several transmedia storytelling platforms (Kabilion in the US, Taffy Kids in Asia and Allofamille with Allociné in Europe).

He joined Deezer as CEO in 2010, and now chairs the ESML syndicate which aims to enhance digital legal music development and protect the use of catalogues.

Claudio is an Industrial Engineer by graduation but has always been a music and entertaiment lover. He started his business career as an entrepreneur on the Chemical Industry before doing his MBA at Columbia Business School in NY. After that he worked at NET (Pay TV + Broadband) and at Endeavor (NGO of Entrepreneurship).
He joined SONY MUSIC Brasil in 2006 to develop the digital business and since them has worked as head of Digital Business, Digital Marketing and New Business / Day 1. Back in 2006 the digital business represented less than 1% and nowadays (2013) is over 45% of revenues. SONY MUSIC Brasil is the market leader and has been recognized as the most innovative company in digital in the Brazilian digital music industry both in digital sales and digital marketing having received several awards.
In almost 8 year of music industry Claudio has had the opportunity to spearhead several important projects such as the SuperSong (global music competition for the 2014 FIFA World Cup), You Pop You Rock (UGC contest for video clipes at You Tube) and the first You Tube Live of Latin America (Sertanejo Live). Claudio is nowadays VP of Digital and BD at SONY MUSIC Brasil. Has been invited to lecture as panelists at Industry panels (Tela Viva Móvel and Music Business), Universities (UERJ, UFRJ and USP) and private companies (TOTVS).

Oisin Lunny has been working in the creative and technology industries for over 21 years. First as part of the Hip-Hop collective “Marxman” who had a a UK top 30 hit, support slots with Depeche Mode & U2, and collaborations with Gangstarr & Sinead O’Connor before disbanding.

Since then Oisin has released music as “Firstborn”, including the club hit “The Mood Club”, and also composed music for films such as Men Of Arlington, The Mean Machine and Human Traffic as well as various TV and advert commissions.

Today Oisin is part of the Market Development team at OpenMarket, looking at new verticals and strategic business and technology opportunities for one of the worlds leading mobile engagement companies.

Oisin speaks and moderates at conferences across Europe, and maintains a profile as film composer, producer, DJ and occasional blogger.

Scott Cohen is the co-founder of digital distribution company The Orchard. He started the company with music veteran Richard Gottehrer in 1997. The Orchard is the largest digital distributor in the world with offices in 25 countries. As a well-recognized public speaker and lecturer, Scott Cohen travels the world evangelizing new business models for the digital age. He is a visiting professor at London Metropolitan University and sits on the British Phonographic Industry Council. Cohen's music career started in the late 1980s in independent and major label artist management. In addition to his responsibilities at The Orchard, Cohen runs a music management company with longtime partner Richard Gottehrer. Together they manage the Danish band The Raveonettes and the American all-girl band The Dum Dum Girls. They also work with The Deer Tracks, Queen Kwong and a number of emerging acts.