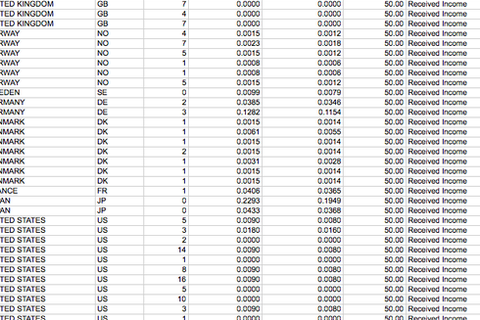 There is a sea of acronyms: SESAC, BMI, ASCAP, AARC, SRCO, PRO and more. The world of collecting all the royalties due to you is murky and unorganized at best. Why do artists need to sign up for these organizations? Putting a bucket underneath the drip of each revenue stream is key to creating a world where you as an artist can float your own boat.

In his current role, Alex focuses on working with the independent music publisher community and overseeing day-to-day operation of Limelight. Previously, he handled client relations for all RightsFlow record label and distributor partners, and created a Music Licensing course for Berklee College of Music.

Prior to YouTube, Alex was the Vice President of Artist & Client Relations for RightsFlow, a music licensing firm which was acquired by Google in 2011. Before RightsFlow, he worked at The Orchard as Director of Strategic Services, as well as other stops in the recorded music and live music arenas.

Alex has a Master's Degree in Music Business from NYU, and a bachelor's degree in Journalism and Religion Studies from Lehigh University, where he graduated Phi Beta Kappa.

Jeremy Peters is the Director of Creative and Business Affairs for Ghostly Songs (http://www.ghostlysongs.com/). Since joining Ghostly in 2003 he's risen thru the ranks from intern to directing the operations of the group's publishing, copyright administration, master licensing, original composition, and music supervision activities. Jeremy has worked on projects with brands such as Nike, Victoria's Secret, FIJI Water, HUMMER, Motorola, Ford, Chevy, and Sprint/Nextel as well as numerous Television, Video Game, and Film projects.

In his non-existant spare time, he is the co-founder of an indie imprint, Quite Scientific Records (http://www.quitescientific.com/), is part of the group that organizes 826Michigan's Mittenfest (http://www.mittenfest.org/) and currently serves on the Board of Directors of 826michigan (http://ww.826michigan.org/), as Co-Chair of the American Association of Independent Music's (http://www.a2im.org/) Licensing and Publishing Committee.

Joe's experience at BlackBook Magazine, Water Taxi Beach, nycventureconnect.com, Mediaite Brands(The Mary Sue), We Are The Market, ArtObserved, and more lead to his position helping SongTrust place themselves in the market while trying to democratize music publishing. Songtrust helps music makers collect their royalties. We make it easy to get paid publishing royalties from places like Youtube, Spotify, Radio, Pandora, Movies, TV, and pretty much anywhere music is played.

Songtrust was named a top music startup by Billboard Magazine. We've been featured in Techcrunch, The Guardian, Billboard Biz, Hypebot, Digital Music News, and other publications. At Songtrust I help oversee engineering, operations and business development.

YiPei Chen-Josephson is the VP of Licensing and Label Relations at Gray V, a company that provides in-store music programming for a whole host of high-end retailers, hotel groups, and restaurants including Tiffany, Equinox, Michael Kors, Tom Ford, James Perse, Max Mara, Sweetgreen, Morgans Hotel Group, The Thompson Hotels, Kimpton Hotels, and many others. Gray V also does music supervision and other music initiatives and recently did ads and projects for Chanel, Clarks, and Tiffany.

Before joining Gray V, YiPei was the Head of Marketing and Licensing for Glassnote Records, where she had the pleasure of creating marketing plans leading to Multi-Platinum, Gold-selling, Grammy-winning and nominated albums for Artists such as Phoenix, Mumford & Sons and Two Door Cinema Club. She also founded and ran the Licensing Department and handled all Video Promotion for the label.

Prior work included project management for Janice Ginsberg & Associates where she was also an Assistant Music Supervisor, Soundtrack Coordinator, and Researcher. She started her career in the Marketing department at Amnesty International where, among other things, she worked on the Imagine/Instant Karma Campaign to Save Darfur using John Lennon’s catalog.