Can Music Libraries Pay Your Bills? 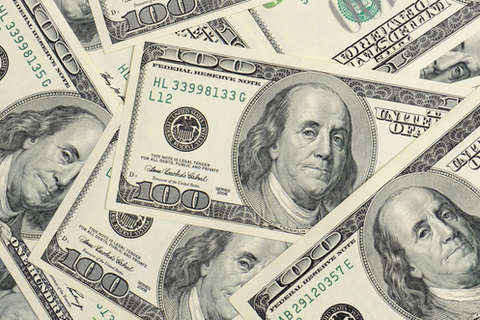 Some musicians aspire to fame and glory, and some aspire to being known and respected within the industry, but most of us just want to pay our bills without having to get a day job. Teaching music lessons and playing gigs aren't the only ways to keep the lights on, though. More independent artists are writing original music for production music libraries, and you can, too. Come hear how from the people who know.

Amanda Krieg began her career in the music department at Lionsgate, working on films such as The Winning Season and Warrior, and television projects that included Running Wilde (Fox), Weeds (Showtime), Mad Men (AMC) and several pilots. After three years with the department, Amanda tackled the unscripted world at Reveille Studios (now Shine America). In addition to coordinating music on The Biggest Loser (NBC) and MasterChef (Fox), she music supervised two cable television shows: Commercial Kings (IFC) and One Born Every Minute (Lifetime). At the start of 2012, Amanda made the transition back to film at leading music supervision, production and soundtrack company, Format Entertainment, as Music Coordinator for Julia Michels, on films that have included Pitch Perfect (Gold Circle Films/Universal), Parental Guidance (Fox), Baggage Claim (Fox Searchlight) and the ABC half hour comedy, Trophy Wife. In addition to her roles at Lionsgate, Shine America and now Format, Amanda has also music supervised the independent films Off The Floor, Going Attractions: The Definitive Story of the American Drive-In Movie and The Back-Up Bride. Full credits and musical musings can be found at tadpoleaudio.com.

Joey created a niche market of unique tribal percussive cues used consistently in trailers and some of these credits include: Red Dawn,Thor, A-Team, Safe, Contraband, Bourne Legacy, House At the End of the street, Looper, Die Harder, Taking Pelham 123, Terminator Salvation, Armored, Bangkok Dangerous, Beowulf, The Brave One, War, Planet of the Apes, Lost and Apocalypto. His national and internationally running commercial campaigns span the gamut from quirky pop songs to emotional score and include spots for Victoria’s Secret, Coke, Gillette, Toyota, Haagen-Dazs, Honda, Panasonic, Old Navy, Sony, Sure, Nikon, Verizon and Camry. Some TV credits include: True Blood, Entourage,, Unsung, American Gangster and an ongoing colaboration on the Google talk show Capture with Photographer Mark seliger. At the end of 2012, Joey created two insane collections: “Drums of Fury” a percussive trailer collection and “Thwack”, a dark Industrial sound design hybrid and is curently writing and producing a number of independent artist’s, focusing on modern pop and rock songs for film and TV.

Joey’s seminal band of many years, for which he was drummer/percussionist, Grant Lee Buffalo (GLB), released four CD’s on Warner Brothers (1992-1999) and toured extensively throughout the United States, Europe, Japan and Australia. GLB played with REM, The Cranberries, Pearl Jam and Smashing Pumpkins as well as headlined its own tours. GLB contributed songs for film and television: Friends (NBC), I Know What You Did Last Summer (Columbia/Tristar) With Honors (Warner Studios), and Velvet Goldmine (Zenith/Single Cell/Killer Films). GLB reunited for a European tour, in the summer of 2011and 2012, kicking off with a show at the Royal Festival Hall in London. He is musical director and drummer for band, Rusty Truck, that toured with Willie Nelson, and Kenny Wayne Shepard. Rusty Truck’s debut CD includes tracks produced by Willie Nelson, Lenny Kravitz, Jakob Dylan, Sheryl Crow, T-Bone Burnett, and Gillian Welch. Rusty Truck has been featured on the Don Imus show, MTV Brazil and the Jimmy Kimmel show. The new Rusty Truck CD, set for release, spring 2013, features a beautiful collection of alternative country songs; the core band of the last decade is rounded out with some fantastic players: Eric Haywood, from Ray Lamontagne, and Craig Ross from Lenny Kravitz’s band. Rusty Truck will play a number of dates in 2013 including TV apperances. Keep updated at rustytruckmusic.com