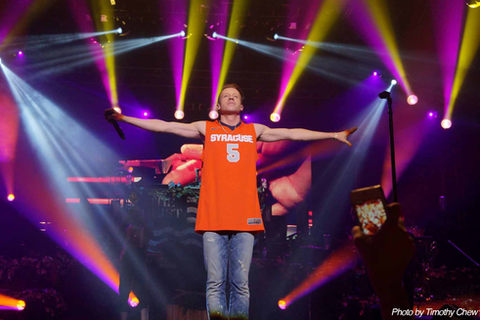 Colleges offer an important and big-ticket business within live music. Understand why artists play colleges and the process behind working with college students to ensure a successful show.

ICM PARTNERS
Zach Iser
Agent, Concerts
Zach Iser is an agent in the concerts department at ICM Partners, a talent and literary agency representing clients in the fields of motion pictures, television, publishing, music, theater branded entertainment and digital media. ICM Partners, a privately held corporation, is one of the predominant agencies in the United States and Europe, with its principal offices in Los Angeles, New York, Washington, D.C. and London.

Mr. Iser joined ICM Partners in 2007 and is based in the agency’s New York office where his clients include Kendrick Lamar, Rick Ross, Future, ScHoolboy Q, Earl Sweatshirt, Yo Gotti, Dom Kennedy, and many more.

Mr. Iser works in all aspects of the music business, including domestic and international touring, as well as securing roles for his clients in motion pictures, television and branding.

About ICM Partners
ICM Partners is one of the world's largest talent and literary agencies with offices in New York, Los Angeles, Washington D.C., and London. The agency represents creative and technical talent in the fields of motion picture, television, books, music, live performance, branded entertainment, and new media. ICM was formed in 1975 through the merger of Creative Management Associates and International Famous Agency. In 2005, the company raised equity financing to fund strategic growth, and in 2006, ICM acquired the literary agency Broder Webb Chervin Silbermann. In 2012, the agency completed a management buyout and formed a partnership with the new name, ICM Partners. Mr. Iser is a graduate of NYU where he received his degree in Music Business.

Meredith Jones is a Music Agent at Creative Artists Agency (CAA), an entertainment and sports agency based in Los Angeles with offices in New York, London, Nashville, and Beijing. Based in the Nashville office, she handles college market bookings on behalf of the agency’s music and comedy talent and works with many of the world’s leading musicians and comedians.