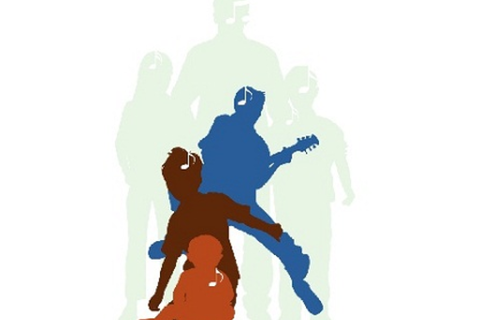 Your back is going to hurt one day, and crashing the floor of an apartment in Asheville isn’t going to cut it. Pizza will not be the most desirable of breakfast foods. Our panelists know this; they’ve been there, and have helped musicians sail the industry’s “Sea of Simply Surviving”. Turning your musical hobby into a musical career can be risky, exciting, and full of opportunity. Discuss how an increase in income, responsibility and recognition will affect your relationships, money and art. It’s a tough career, but it's possible.

Pacific Northwest Chapter Board of Governors and voting member of the GRAMMY organization, Christen Greene started managing bands from her apartment in 2002 while bar tending in Northampton, Ma. A move to NYC a few years later brought her to the Velour Music Group where she championed campaigns for Kaki King and Sonya Kitchell. A move to Seattle in 2008 paired her with local entrepreneur, David Meinert to form Onto Entertainment - an artist management w/ label services. Greene signed and manages Hey Marseilles (Seattle, Wa), Andrea Gibson (Boulder, Co), The Lumineers (Denver, Co) and PHOX (Madison, Wi).

Jesse Cannon has worked in nearly every aspect of the music business. Most notably, recording bands like Animal Collective, The Misfits and The Menzingers. All the while he has also been writing for his own blog Musformation and publications like Tape Op, Punk Planet and Maximum RockNRoll. Jesse knows what makes the music business tick and has been chronicling it with his words, for many years.

Producing records professionally by the age of 18, he quickly moved onto engineering bands at the esteemed freeform radio station, WFMU. For nine years, he recorded performances from groups like The Magnetic Fields, Spoon and countless others. During this time he began promoting concerts at legendary venues like The Pipeline and Coney Island High.

Playing in countless bands, he always handled their management. Taking these duties further, he took on the role of Publicity at Go Kart Records and buyer for Soapbox Records, a punk record store in NYC. It was here he learned what makes people buy records and what makes people ignore them.

Soon, after he started at Alan Douches' West West Side Music, which for three decades has been the top mastering studio for indie labels. He then opened his own, Cannon Found Soundation Recording Studios. While producing records there he also went to work under producers like Ross Robinson and Steve Evetts with groups like The Cure, Limp Bizkit and Dillinger Escape Plan.

In 2008 he started his blog, Musformation - which gives daily comments on the new music business. He decided that since he was writing about DIY marketing for musicians, he should try putting this information into practice. He soon began managing Man Overboard, who became a huge national act, making a living from their music, while selling out national and international tours. Along the way, he also took on the group Transit. Both groups then signed with one of the world's largest indie labels (Rise Records).

All he has learned along the way has been collected into a detailed work inside his first book, Get More Mans: The DIY Guide To The New Music Business.

Joe Gittleman is the bass player of the Boston-based ska-punk band The Mighty Mighty Bosstones. He began his professional career in high school as a roadie and as the bass player for the Boston hardcore band Gang Green. He and his plaid-clad childhood pals founded the Bosstones with a workman-like approach and built a dedicated fan base through years of hard touring. Their fifth album included the number one, Gittleman-penned hit “The Impression That I Get.” He has also worked as a tour manager, songwriter and producer of albums and film projects including the platinum-selling Flogging Molly documentary film Whiskey on a Sunday.

Gittleman is currently an Assistant Professor at Lyndon State College’s Music Business and Industry program in the Northeast Kingdom of Vermont. “I never planned to be a teacher. I am just someone who paid attention to the business and navigated a band through 25 years of up, down and sideways. Being with energetic young students who are passionate about music is fun and inspiring. It’s great helping kids build experience and make the leap from dreaming to doing.”

Josiah Albertsen, AAMS® is a Financial Advisor and Accredited Asset Management Specialist with Raymond James in Denver. Josiah became a financial advisor after falling in love with economics in college. He previously interned with indie labels, toured, helped his friends’ bands, managed a venue (small but it had a cool disco ball), and he was surrounded by those who did similar things. Now, instead of selling merch and booking shows, he helps people understand and plan with their money. He graduated magna cum laude from the University of Colorado Denver with a major in International Studies and minors in both Chinese Studies and Economics. He prefers decent people, good music and good shows.

Scott Booker began his career in the music industry as a clerk at Sound Warehouse in Midwest City. He moved on to manage the Rainbow Records chain in Oklahoma City while he was going to school at Central State University. Shortly after graduating with a degree from CSU in education, he met local band the Flaming Lips and began managing them in 1990, creating Hellfire Enterprises Ltd, an artist management company. Booker continues to work with three-time Grammy winning the Flaming Lips as well as up and comers Colourmusic, Stardeath and White Dwarfs and Horse Thief. He has also worked with Academy Award Nominee Elliott Smith, and other acts like Wheat and Mercury Prize nominees British Sea Power. In 2003 Booker co-founded World’s Fair Label Group – a service company that runs record labels for artists, so they can self release their own music. Several years ago he sold his ownership in World’s Fair to focus more on helping build the Academy of Contemporary Music at UCO. In less than two years the ACM@UCO has attracted nearly 500 students and has attracted artists like Roger Daltrey and Jackson Browne to the school for master classes. Scott lives in Edmond with his wife Jennifer and 5 year old son Harrison.