Fan Data: The Journey from Analysis to Action 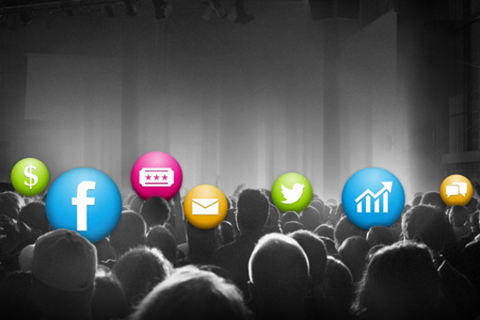 The amount of available fan data is so staggering, that old-school analytic techniques struggle to keep up. To find the signal hidden in all the inevitable noise, savvy technology companies are adapting to be able to analyze and act on this data with powerful new methods. Digging into data can intelligently transform business decisions from tour booking to fan engagement. Look at how to use data to know and grow fan communities.

Alex White co-founded Next Big Sound in 2008, while in his last semester at Northwestern University. The analytics service measures daily music consumption and purchase decisions around the globe. From Facebook fans to sales, Next Big Sound combines artist activity with context to help the modern music industry make decisions.

White and his co-founders have been featured in Billboard (10 best music companies) New York Times, CNN, Forbes (30 under 30), Techcrunch, BusinessWeek (25 under 25) and more.

Next Big Sound works with thousands of customers, from individual artists to major labels, and licenses two charts to Billboard magazine. In 2012 the start-up announced a $6.5 million dollar series A financing from IA Ventures, Foundry Group, SofttechVC and other notable angel investors.

Julien Mitelberg is the Co-Founder and Chief Operating Officer for Cellfish, a New York-based publisher of innovative mobile and social applications reaching over 150 million music, sports and entertainment fans around the world. Mitelberg is also CEO of Bandsintown, the largest concert discovery app in the world with over 6M registered users, powering the tour dates for over 160K artists and reaching 30M fans per month. Bandsintown provides a personalized way for music fans to track their favorite artists so they never miss a live concert and to discover new touring artists, based on their musical preferences and location. Mitelberg holds a Master of Science degree from Institut Telecom.

Kristina Wallender helps event promoters and venues leverage Ticketfly's integrated digital marketing platform to grow their business by understanding their customers. Before joining Ticketfly, Kristina spent 6 years at Amazon.com in B2B and B2C Marketing and Operations leadership roles. She has deep experience in digital marketing, using data to send the right message to the right customer at the right time. She is passionate about helping businesses succeed with actionable, data-based insights and automated marketing. Kristina received her MBA from the Stanford Graduate School of Business.

Nate Auerbach is the Music Evangelist at Tumblr, where he works closely with the music community to help artists engage their audience and bring more exceptional content to the platform. Prior to Tumblr, Nate was a digital executive at The Collective Management, spent three years at MySpace Music and tour managed a few bands.