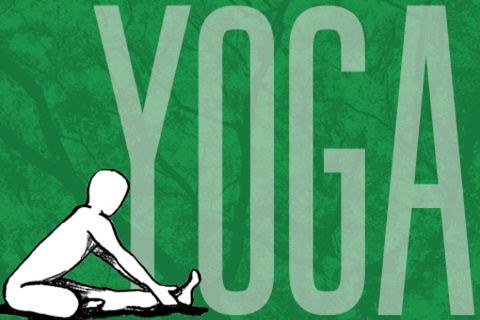 Yoga was developed thousands of years ago as a way to prepare the mind and body for enlightenment. What better way to prepare yourself for all the new ideas, insights, and people you will encounter at SXSW? This is an all-levels class with special attention to alignment and helping beginners get a good start in the practice. We’ll emphasize techniques that are easy to replicate at home and at work. No special equipment or clothing needed—just come as you are!

Jennilyn Carson is founder and Editor-in-Chief of YogaDork.com, a popular yoga blog offering commentary on yoga news and culture with wit and wisdom, which has been featured and profiled in the New York Times.

Jennilyn has been an attendee and panelist at SXSW for the past 3 years, teaching morning yoga during the Interactive Sessions and co-leading core discussion: “Taming the Monkey Mind: Yoga and Creative Focus.” Jennilyn has been quoted as a yoga culture expert in several major media outlets such as the New York Times, The Guardian, New York Press and Gawker.com, among others.

Based in NYC, Jennilyn is also the co-founder and editor-in-chief of a new women’s website, SaltedScarletry.com launching Fall 2013, and the co-founder of Tascbar a community workspace in East Harlem. She attributes her ability to manage several projects to her regular yoga practice, her drive to move forward and a lighthearted "of course you can" attitude.