Cyberwar: What Everyone Needs to Know 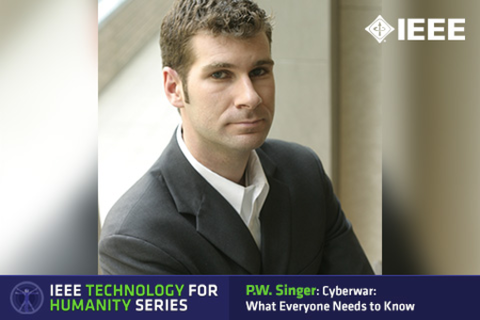 A generation ago, “cyberspace” was just a term from science fiction. Today, our entire modern way of life, from communication to commerce to conflict, fundamentally depends on the Internet. And the security issues that result challenge literally everyone: politicians wrestling with everything from cybercrime to online freedom; generals protecting the nation from new forms of attack, while planning new cyberwars; executives defending firms from once unimaginable threats, and looking to make money off of them; journalists reporting new stories, and using new tools to do so. Most of all, cybersecurity issues challenge us as individuals. We face new questions in everything from our rights and responsibilities as citizens of both the online and real world to simply how to protect ourselves and our families from a new type of danger. And, yet there is perhaps no issue that has grown so important, so quickly, and touches so many, that remains so poorly understood.

Peter W. Singer is Senior Fellow and Director of the Center for 21st Century Security and Intelligence at the Brookings Institution. For more info www.pwsinger.com
Singer’s focus is on changes in global security and technology. He is the author of Corporate Warriors: The Rise of the Privatized Military Industry, which pioneered the study of the new industry of private companies providing military services for hire , Children at War , the first book to explore the tragic rise of child soldier groups, Wired for War: The Robotics Revolution and Conflict in the 21st Century, which looked at the implications of robotics for war, politics, ethics, and law, and the new book Cybersecurity and Cyberwar: What Everyone Should Know www.cybersecuritybook.com), which has been recommended by sources as diverse as the US Army, US Navy, Washington Post, al Jazeera and Vice,
He has been named by the Smithsonian Institution as one of the “leading innovators in the nation,” by Defense News as one of the 100 most influential people in defense issues, and by Foreign Policy Magazine to their Top 100 Global Thinkers List. He served as coordinator of the Obama-08 campaign’s defense policy task force and on the US military’s Transformation Advisory Group, which helps visualize the future. He is a contributing editor to Popular Science magazine and led the Pentagon’s “NeXTech” project, exploring the implications of “gamechanging” technologies. The founder of a technology and entertainment consulting firm, NeoLuddite, he has advised Warner Brothers, Dreamworks, Legendary, Universal, HBO, and the video game series “Call of Duty,” the best-selling entertainment project in history. He is also a producer of “Unmanned,” an independent film project following a young drone pilot at war and home.