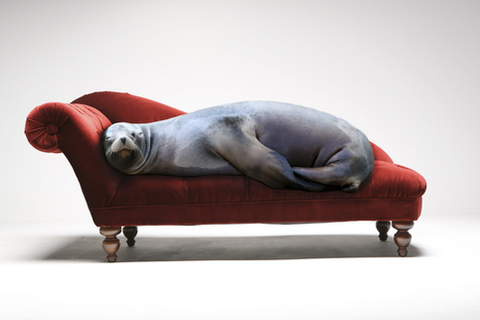 If you want to understand the human mind and behavior, look at another animal. People, for example, aren't the only animals to lose their minds. Plenty of other creatures do too--from compulsive dolphins to depressed dogs. Luckily, almost all of us can recover. In this talk, Laurel Braitman takes us on a journey through the surprising history of insanity in the animal kingdom to argue that almost everything we know about the unhinged human mind, we learned from other animals first. From suicidal horses and compulsively masturbating orangutans of the late 19th century, to today's nervous dogs with OCD, zoo gorillas with human psychiatrists, and parrots on Prozac--other animals reflect what's most incredible, most disturbing, and most hopeful, about being ourselves.

Laurel Braitman is author of Animal Madness: How anxious dogs, compulsive parrots and elephants in therapy help us understand ourselves (Simon & Schuster, June 2014). She has written for Pop Up Magazine, The New Inquiry, Orion and a variety of other publications. She received her PhD from MIT in history and anthropology of science, is a 2014 TED Fellow and an affiliate artist at the Headlands Center for the Arts. In her free time she organizes concerts for gorillas, seals and other animals. She lives on a houseboat in Sausalito, California.