I'll Show You Mine If You Show Me Yours! 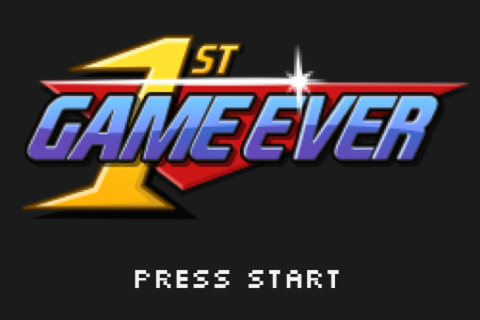 A group of pros show off the first games they ever developed, so you can learn from their successes, failures, and hilarious life advice. These brave souls will drop their trousers (not really) and give live demos of the games that got them started. They will tell tales of late nights, show off stupid mistakes, share lessons learned and answer questions about how they earned their place in the industry, each highlighting the one piece of advice they wish they could give to their younger self.
The panel will wrap up with video submissions from gaming legends Jesse Schell, Will Wright, Raph Koster and more surprise interviews exclusive to the SXSW audience! Panelists will be hilarious, informative, and fully clothed. We promise.

Dave is the Co-Founder and CEO of The Tap Lab, a Cambridge-based startup that develops social games with a real-world twist. His focus is in game design and business development. The Tap Lab is a graduate of TechStars Boston and winner of MassChallenge. Dave has a passion for entertainment and has experience working in marketing and business development at Walden Media, Universal Pictures (UK), and Warner Music Group.

Dave was the producer for the mobile game TapCity, a real-world game in which players compete and collaborate to claim ownership of their favorite local places. More recently, he has been working as the producer for The Tap Lab's newest game, Tiny Tycoons, which will be hitting the market soon.

Ichiro is Founder and President of Dejobaan Games, LLC, an independent Boston-area development studio. He's worked in the industry since 1993, co-founding Worlds Apart Productions (later Sony Online Entertainment Denver) in 1995 and Dejobaan Games in 1999. At Dejobaan, he's led development on the studio's 18 titles, including the award-winning "AaaaaAAaaaAAAaaAAAAaAAAAA!!! -- A Reckless Disregard for Gravity" and the now-in-progress "Drop That Beat Like an Ugly Baby" and "Drunken Robot Pornography." Read more unfounded rumors about him at www.ichirolambe.com.

Currently entrepreneur in Residence at Altas Venture, Noah previously worked as Product Director for Call of Duty @ Activision and Technical Designer for the original Xbox Live. He successfully launched Call of Duty: Zombies for iOS in 2011 and was on the founding team of Beachhead, creators of Call of Duty Elite.

Seth Sivak started in the industry as a gameplay programmer, and has been a product manager, lead designer and executive producer. He joined Cambridge startup Conduit Labs, which was later bought by Zynga, straight out of graduate school from the Carnegie Mellon Entertainment Technology Center. Prior to his current role as CEO of Proletariat, Seth was the lead designer on Indiana Jones Adventure World at Zynga Boston, where he was also a product manager and executive producer. In 2011, he was named one of Game Developer Magazine's Top 50 Developers and in 2012 was recognized in Develop Magazine's 30 under 30. Prior to joining the game industry Seth worked as an Imagineer for Disney.