Why Clicktavisim Is Not a Dirty Word 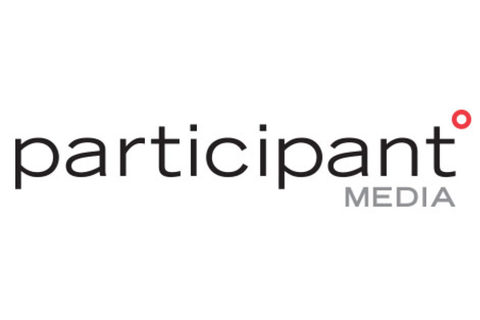 ATTENTION: Priority Seating is available for this session. To take advantage of this opportunity, you will need to have a valid SXSW badge, and an activated SXsocial account. To get your priority seating, please go here: https://sup.sxsw.com/schedule/IAP27193 IF YOU PRE-REGISTERED AND WERE PLACED ON THE PRIORITY LIST, YOU STILL MUST ARRIVE AT LEAST 30 MINUTES BEFORE THE SESSION BEGINS TO GUARANTEE ENTRANCE.

In an era of virality and vanity metrics, organizations are creating constructs to measure real impact on the word's most pressing issues. As traditional advocacy, fundraising and campaigning changes every day, how can we unlock the potential of tech, content and new media for social good? Sponsored by Participant Media.

Chris Thomas is Chief Innovation Officer at the Sierra Club. His main focus is on engaging the Club’s current and future members and supporters through technology, and on how interactive virtual environments enable real-world change. Before this, he ran the Digital Products Program at Greenpeace International in Amsterdam. Prior to that he held leadership roles in both tech startups and Fortune 500 companies. A dual American/French national, Chris has extensive experience in technology, media strategy and production in both the United States and in Europe.
Twitter: @cxthom

Since joining Participant Media in 2007, Christina has held various roles within Participant Media's Social Action Department, including the development and execution of all social action film campaigns. Currently, as Senior Director of Social Action Strategy & Impact, she is responsible for leading the team's impact evaluation and research. As part of this role, she analyzes all qualitative and quantitative social action metrics, provides impact strategy to film, TV and digital teams and works on the development of proprietary research tools that continue to optimize Participant’s social impact related work.

Prior to joining Participant, Christina worked in international media sales and account management for Jupiter Media Corporation, and international advocacy for Amnesty International USA's Artists for Amnesty department-- bridging human rights issues to relevant entertainment content. Christina's schedule caters to her journey to find the perfect cupcake and her English Bulldog, Roscoe. Christina holds a BA in International Studies from American University and an MBA from Duke University's Fuqua School of Business.

HUGH EVANS is an Australian humanitarian and an internationally renowned development advocate. Hugh is the CEO of the Global Poverty Project.

Hugh Evans’ passion for poverty eradication was sparked at the age of 14 whilst on a World Vision trip in the Philippines. Living with his host family in a Manila Slum, Hugh was struck by the injustice of a world in which birthplace determines your life prospects. The abject poverty Hugh was exposed to Manila, and his experiences in India the following year, led him to begin his work challenging the status quo of extreme poverty.

Following a trip to South Africa in 2002 as World Vision's inaugural Youth Ambassador, Hugh co-founded the Oaktree Foundation; Australia's first youth-run aid organization, with a mission to bring young people together to see an end to global poverty. Oaktree’s success under Hugh’s guidance as Director, led to Hugh being named Young Australian of the Year (2004) and Junior Chamber International Person of the World (2005).

Hugh then worked to grow the Make Poverty History campaign in Australia, helping to run the 2006 Make Poverty History Concert fronted by U2 singer Bono. The 2007 Make Poverty History Roadtrip saw campaign images projected onto the sails of the Sydney Opera House. The impact of these campaigns were credited with playing a key role in the Government’s decision to increase its committed foreign aid budget from 0.3% of Gross National Income by 2015 to 0.5% of Gross National Income by 2015, resulting in an additional $4.3 billion per annum invested in the world’s poorest people.

In 2008, with grants from the United Nations, Australian government and British government, Hugh built his impact in the aid and development sector, co-founding the Global Poverty Project (GPP). GPP is an education and advocacy organization committed to increasing the number and effectiveness of individuals taking action to end extreme poverty. GPP launched in Australia in 2009 and has expanded to New Zealand, the United Kingdom, USA and Canada. In 2010 it helped launch the million dollar, international fundraising campaign Live Below the Line, and in 2011 Global Poverty Project worked alongside the Bill & Melinda Gates foundation to execute The End of Polio campaign which leveraged $118 million in funds to eradicate Polio.

The Global Citizen Festival was repeated successfully in 2013 with a line up of Stevie Wonder, John Meyer, Alicia Keyes and Kings of Leon, resulting in 25 policy and financial commitments towards ending extreme poverty by 2030.

Liba Wenig Rubenstein has worked at the intersection of mass and social media, cause marketing, civic innovation, sustainability, digital activism, public policy, and triple bottom line business strategies. At Tumblr she leads partnerships, programming, and outreach for social impact and public policy. Previously, Liba ran environmental sustainability at News Corporation, including the strategy to achieve carbon neutrality across the organization’s global operations, and founded the Impact Channel for social and civic engagement at Myspace. She serves as a member of the World Economic Forum's Global Agenda Council on Sustainable Consumption, board member of the civic engagement organization The Bus Federation, mentor at startup accelerator Launchpad LA, and advisor to non-profits Why Tuesday? and Invisible Children. Born and bred in Brooklyn, NY, and a graduate of Yale University, Liba now resides in in Los Angeles with her husband and their cockapoo named Henry.