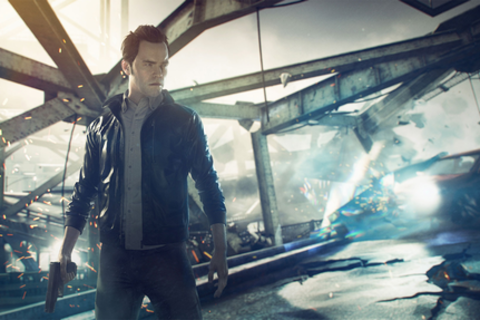 "Remedy Entertainment on how game development is like Breaking Bad: Cook, Deal, become the Kingpin."
Remedy Entertainment, developers of Max Payne, Death Rally, Alan Wake and their upcoming Xbox One title Quantum Break have always taken inspiration from popular culture. Remedy's Quantum Break will fuse gaming and television in a revolutionary new way. Matias Myllyrinne, CEO at Remedy will discuss how a modern day game company should think about quality when creating content, games as a service and adapting to distribution methods in the fast paced and ever changing game industry."

Matias Myllyrinne, CEO of Remedy Entertainment is one of the key figures behind the company’s success. Matias is responsible for leading the studio. Since joining the company in 1999, he has helped build Remedy into one of the world’s leading independent game developers. Remedy Entertainment Ltd. is a privately held developer of state-of-the-art action games, game franchises and cutting edge 3D game technology. Highly acclaimed games include Death Rally, Max Payne and Alan Wake, as well as their upcoming titles Quantum Break (Xbox One) and Agents of Storm (iOS).