The Science of Predicting Earned Media 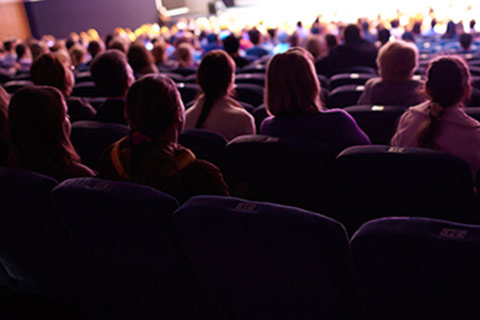 Every marketer wants to get the most out of their paid media, targeting consumers that will engage with their content, share it with others, and talk about it across social channels like Facebook, Twitter, and YouTube. When consumers socialize branded content, they create earned media for the brand. And earned media is the undeniable crown jewel of advertising. What brand doesn't want free media that creates big results, the kind that Red Bull, Dove, and Old Spice has experienced? But can earned media be planned?

In this panel session, renowned video advertising expert Seraj Bharwani, Chief Analytics Officer at Visible Measures, along with Kate Sirkin, EVP, Global Research at Starcom MediaVest, Baba Shetty, Chief Strategy & Media Officer at Digitas, and Martin Williams Baker, Sr. Mgr Global Digital Content at The Hershey Company, will go through the models built to quantify the impact of earned media, so that brands can not only plan for it, but optimize and repeat it.

Baba was previously CEO of Newsweek / Daily Beast, which won the 2013 Webby award for best news site. From 2005 to 2012 Baba worked at Hill Holliday, serving first as Chief Media Officer and then adding the role of Chief Strategy Officer. Baba led strategy for two client programs that each won a Cannes Lion. The media department under his stewardship was awarded Media Agency of the Year by Media Magazine for both 2011 and 2012, and Hill Holliday was the only agency in the United States to win Adweek's Media Plan of the Year Award four consecutive years.

Baba also worked seven years at BMW, leading marketing communications for the U.S. market. He helped initiate the BMW Films project, which inspired and won the first Cannes Titanium Lion, became a Harvard Business School case study, was inducted into the permanent collection of MOMA, and was named one of the 10 Best Digital Ideas of the Decade by the One Show.

Baba served on the advisory board of Maven Networks, a broadband video company acquired by Yahoo! in early 2008 for $160 million.

Baba has judged Effies and MIXX awards for multiple years, and is a Grand Effie juror for the 2014 Effie awards. He also participates in Wharton University's Future of Advertising Program and continues to serve as a board member and advisor to venture-backed startups.

Martin Baker joined The Hershey Company in 2012 and is the Senior Manager of Global Digital Content for the company’s portfolio of iconic brands from the classic Hershey Bar to Reese’s Peanut Butter Cups. Working in partnership with agencies and the Hershey digital team, Marty coordinates the strategic planning and creative vision for all of Hershey’s social channels. Before coming to Hershey, he was an award-winning senior creative with such agencies as Saatchi & Saatchi and The Martin Agency working on brands as Toyota, Wells Fargo, Alltel, Citibank and GEICO. Recently, he was part of the Hershey team that introduced Android Kit Kat.

Seraj Bharwani is the Chief Analytics Officer of Visible Measures and responsible for thought leadership and consumer insights on branded content and shareable media. Previously, Seraj led the Strategy & Analytics practice at Digitas for over 14 years. He joined the agency as part of the founding team that led the company through its early growth phase, the IPO and ultimately the exit via acquisition by the Publicis Group. Seraj is a graduate of MIT Media Lab and an author of several refereed articles on the new economics of consumer-driven media.