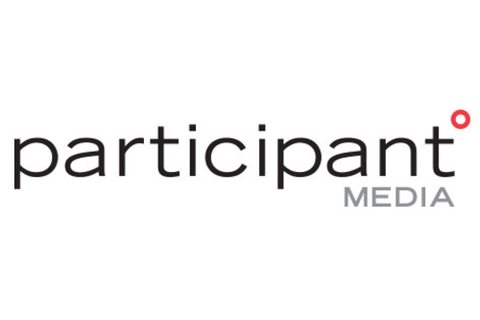 ATTENTION: Priority Seating is available for this session. To take advantage of this opportunity, you will need to have a valid SXSW badge, and an activated SXsocial account. To get your priority seating, please go here: https://sup.sxsw.com/schedule/IAP27053 IF YOU PRE-REGISTERED AND WERE PLACED ON THE PRIORITY LIST, YOU STILL MUST ARRIVE AT LEAST 30 MINUTES BEFORE THE SESSION BEGINS TO GUARANTEE ENTRANCE.

Media companies and marketers have paid a lot of attention recently to the so-called “Conscious Consumer,” and with good reason. Globally, 2/3 of consumers prefer to patronize businesses that support social causes or their communities; nearly that many prefer to work for and invest in such companies. In the U.S. alone, the conscious consumer category represents an estimated 41 million adults and $290 billion in consumer spending. People increasingly claim they would pay more for ethically produced products and take a pay cut to work for companies whose values align with their own.

Nowhere has this trend been more apparent than in the digital space, where content companies, social media platforms, and commerce brands have all found innovative ways to engage conscious consumers.

Our panel will bring leaders from these companies together to discuss what has worked – driving positive social actions as well.

Ken Weber serves as Executive Director of Zynga.org, a nonprofit organization working to promote and facilitate the use of social games for social impact. Ken is responsible for harnessing the generosity of Zynga’s 300 million monthly active players to generate new resources for social causes. Zynga.org also works with other gamemakers, as well as partners like Games for Change, to develop games that raise awareness and financial support for results-driven nonprofits. Though popular games such as FarmVille, CityVille, and Words With Friends, Zynga.org, has contributed more than $13 million to leading global charities like Save the Children, World Food Programme, and Water.org. Zynga.org has also driven nearly $2 million to local (Bay Area) organizations, including UCSF Children’s Hospital, the San Francisco SPCA, and The Edible Schoolyard. http://www.gamesforchange.org/bio/ken-weber/

Patrick Cooper is director of Web and engagement at NPR, the leading provider of non-commercial news to the American public. Cooper oversees product strategy and Agile development of NPR’s website, digital CMS, social media, and podcasts. Working closely with NPR’s newsroom, he has recently led NPR's responsive Web redesign as well as experiments in new digital listening models, underwriting approaches and localization efforts in conjunction with the hundreds of NPR member stations.

Previously, Cooper was a digital producer at CNN and then a producer, writer and strategist at USA Today, where he led some of the earliest national efforts in breaking-news blogging and crowd-focused network journalism. He was part of an IDEO-trained innovation team and received the Knight fellowship to the Salzburg Academy on Media and Global Change. Cooper received his bachelor’s and master’s degrees in journalism from Northwestern University’s Medill School.

Scott Roesch, SVP, TakePart.com – Inspired by Participant Media’s philosophy that “a story well told can change the world,” TakePart is a leading source of socially relevant news and entertainment, and opportunities for consumers to take action on the issues that shape our lives. Scott is responsible for managing TakePart’s day-to-day operations while growing revenue, traffic, and social impact. The site currently reaches approximately 5 million conscious consumers each month.

Tom Hayes is a pioneer at probing the intersection of technology and culture and has been a senior marketing executive at legendary Silicon Valley companies such as HP, Applied Materials and Marvell. He is currently chairman of mepedia.com and founder and chairman of the Techmanity Conference. Earlier in his career, he was the founding chairman and CEO of Joint Venture: Silicon Valley, a trailblazing public-private venture that helped transition the region’s economy from chip-making to the Internet era.
Hayes is the author of several best-selling business books, including Jump Point: How Network Culture is Revolutionizing Business (McGraw-Hill) and No Size Fits All: From Mass Marketing to Mass Handselling (Penguin/Portfolio). He has been an advisor to some of the hottest new technology start-ups, including Qik (sold to Skype), SHFT and PTCH (sold to Yahoo). He has been on the advisory board of One Laptop per Child, and a director of the Silicon Valley Chamber of Commerce and the Cinequest Film Festival.
Hayes and his work have been profiled in the New York Times, Wall Street Journal, Fast Company, CNBC, CNN and dozens of other publications and media outlets worldwide. In a feature of the same name, Fast Company magazine called him a “Model Citizen for the 21st Century.” He is a regular contributor to the Wall Street Journal and Huffington Post and has written for the Atlantic.
Hayes earned his Bachelor’s degree from Boston University and completed graduate programs at Stanford University and Harvard Business School and is an Associate Fellow and Lecturer at Oxford University, Said School of Business.