Storytelling for Change: A Decade of Impact 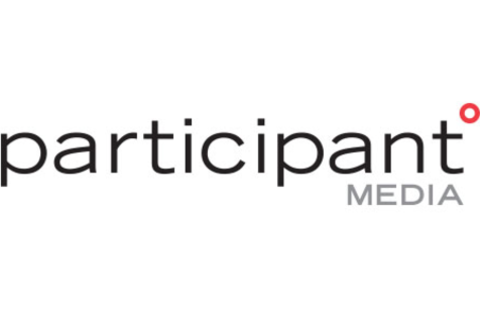 ATTENTION: Priority Seating is available for this session. To take advantage of this opportunity, you will need to have a valid SXSW badge, and an activated SXsocial account. To get your priority seating, please go here: https://sup.sxsw.com/schedule/IAP27041 IF YOU PRE-REGISTERED AND WERE PLACED ON THE PRIORITY LIST, YOU STILL MUST ARRIVE AT LEAST 30 MINUTES BEFORE THE SESSION BEGINS TO GUARANTEE ENTRANCE.

Participant Media has been a leader for the past decade in presenting entertainment that inspires and accelerates social change. Join us for a conversation with a member of the Participant team and the directors of two Participant films premiering this year at SXSW to learn more about how a good story, well told can change the world. Sponsored by Participant Media.

Diego Luna began his professional career on the stage at the ripe age of seven. At the age of twelve, he made his television debut, and has since included film, television, and stage in his repertoir. He has lent his talent to over 30 films, both Mexican and foreign. Most notably, he is know for his roles in Y Tu Mamá También, directed by Alfonso Cuarón, Rudo y Cursi, where he reunited with Gael García Bernal under the direction of Carlos Cuarón; Milk, directed by Gus Van Sant; and most recently in Elysium, directed by Neill Blomkamp. Diego has also been part of such theater productions as De Película and El Cántaro Roto with the theater company, Compañia Nacional de Teatro, with whom he received a Premio Revelación Masculina 96-97, by the theater critics association. In 2008, he produced and acted in The Good Canary, directed by John Malkovich. At the 2007 Tribeca Film Festival, Diego made his directorial debut with the documentary J.C. Chávez. Abel became his second project behind the camera, and his fiction feature debut, which also premiered at the Sundance Film Festival in January of 2010. In June of 2012, Diego wrapped production on his latest feature as a director, Chavez, based on the life of legendary farm worker and union leader, Cesar E. Chavez, which is set to hit theaters in March of 2014.

Freelance writer for Rolling Stone, New York Times, and many others. Bio & clips at loganhill.com

Margaret Brown (Producer/Director) received the 2010 Peabody Award for her second documentary feature, THE ORDER OF MYTHS, which also received the Truer Than Fiction Award at the 2009 Independent Spirit Awards and was nominated for Best Documentary. Brown received the Cinematic Vision Award at the 2008 Silverdocs Film Festival, the 2008 Grierson Youth Jury Award in England, and was nominated for four Cinema Eyes awards including Best Documentary and Best Director. Brown's first feature was the acclaimed documentary BE HERE TO LOVE ME: A FILM ABOUT TOWNES VAN ZANDT, which premiered at the Toronto International Film Festival and received worldwide theatrical distribution. Brown is the recipient of a 2012 United States Artists fellowship.