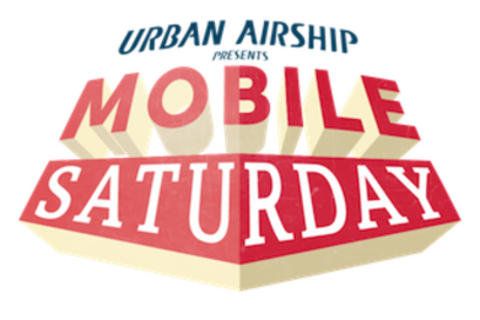 ATTENTION: Priority Seating is available for this session. To take advantage of this opportunity, you will need to have a valid SXSW badge, and an activated SXsocial account. To get your priority seating, please go here: https://sup.sxsw.com/schedule/IAP26669 IF YOU PRE-REGISTERED AND WERE PLACED ON THE PRIORITY LIST, YOU STILL MUST ARRIVE AT LEAST 30 MINUTES BEFORE THE SESSION BEGINS TO GUARANTEE ENTRANCE.

Personalized mobile experiences enable companies to better achieve their goals by serving customers’ individual wants and needs. Learn how businesses use mobile across multiple functions to automate one-to-one interactions that dramatically boost ROI through personalized messaging, but how far can you go before it gets creepy? At one end of the spectrum there's no personalization, on the other end, there's an ability to watch and react to a consumer’s every move.
- How do you balance personalization and privacy?
- What types of targeting are consumers ready to accept?
- How do data and automation help scale personalization efforts?

Elizabeth runs Product Marketing at Urban Airship, which enables the world's top brands to earn and maintain a presence on their customers' mobile devices through mobile relationship management solutions. Prior to her product marketing role at Urban Airship, she ran Agency Partnership programs for Urban Airship where she created valuable partnerships with top Mobile agencies and app development companies. Before joining Urban Airship in 2011, Elizabeth was focused in Business Development, Digital Marketing, Web Analytics and Marketing optimization for brands such as Hilton Hotels, New York Times, and Microsoft as a consultant at Webtrends and Sitespect.

Peter oversees mobile product development for ABC News, including iPad, iPhone, Android and Windows 8 apps and mobile web sites, and plays a leadership role in digital advertising across ABC and its cable and local station properties. Recent product launches include an iPad app that features a multi-stream live video experience with social media integrated onto the video canvas. Previously he was head of product strategy at Yahoo! News, led development of its news video products and was part of the team that transformed the site into the sustained No. 1 online news property. Peter began his career on the content side at Congressional Quarterly in Washington, D.C., where he launched four publications and oversaw a 20 person web newsroom.

Scott Goldberg has been building mobile apps for the NFL for the past 4 seasons, and has worked in the space for over 7 years. He currently oversees the roadmap for NFL Mobile only from Verizon, the league's official mobile app for live games, including Thursday Night Football, Sunday Night Football, Monday Night Football, and the award winning NFL RedZone. NFL Mobile features a VOD library of more than 30,000 clips, game scores and highlights, stats, schedules, news from NFL.com and more. NFL Mobile recently unveiled location-aware messaging to enhance the fan experience at stadiums and official NFL events.

Scott Michaels is the Executive Vice President and Partner of Atimi Software, one of the largest independent mobile app development firms in North America. Scott focuses his insight on the quickly changing mobile market and has worked with many top-tier brands to not just bring them to the mobile space but to be seen as leaders with each release. He is a vital force behind the team that has developed apps for brands such as the New York Stock Exchange, the New York Times, Best Buy, HBO, ESPN, Warner Bros., the Chicago Blackhawks, and more. Having worked on the front lines of software development for over a decade, Scott champions the need for innovative strategy in bringing products to the mobile space. He is also recognized for intimately knowing the ever-changing and “grey” rules that developers must abide by when creating an app. His leadership has meant that over 70% of the apps Atimi has built have been promoted by Apple.