#GivingTuesday: Inside the Sharknado of Giving 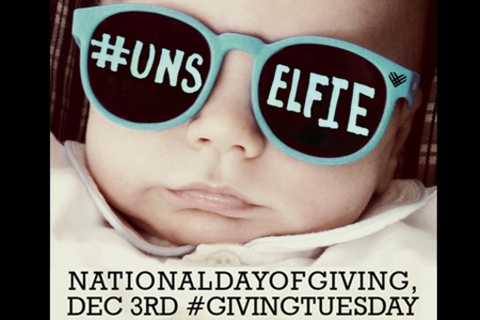 As Interim Executive Director of 92nd Street Y, Henry Timms leads the world-class, 21st-century community and cultural center that serves hundreds of thousands of people at every stage of life and from all backgrounds. At 92Y, Henry founded #GivingTuesday, a national day of giving on the heels of Black Friday and Cyber Monday. In its second year, #GivingTuesday has united more than 10,000 corporate and nonprofit partners in the U.S. and around the world.

From 2009-2012, Libby was the Business Lead to Facebook's Chief Operating Officer, Sheryl Sandberg. As the Business Lead to the Chief Operating Officer, Libby managed public appearances, speaking engagements, and handled a wide array of projects including research and analysis initiatives. Libby joined Facebook in 2008 as a member of the Inside Sales team. Prior to Facebook, Libby worked in Online Sales and Operations and Asia-Pacific and Latin America markets at Google.

Libby graduated with high honors from the University of California at Berkeley and was a UC Berkeley Alumni Leadership Scholar. She was awarded the Young Bear Award, a prize given by the Chancellor of the University of California to a young alumnus demonstrating outstanding achievement and service. Libby holds a B.Sc. in Business Administration from the Walter A. Haas School of Business.

Libby serves on the boards of UCSF Partners in Care and San Francisco Symphony's Symphonix League. Libby topped Business Insider's list of the 30 Most Important Women in Tech Under 30.

Rob Reich is associate professor of political science and courtesy professor in philosophy and at the School of Education at Stanford University.

He is an advisor to #GivingTuesday, an effort to establish a national day of giving to inaugurate the giving season.

He serves as faculty co-director of the Center on Philanthropy and Civil Society (publisher of the Stanford Social Innovation Review) and the director of the Program in Ethics in Society. He is also the project lead, with Lucy Bernholz, of the Digital Civil Society Lab at Stanford.

Reich is the author of “What are Foundations For” in the Boston Review and Bridging Liberalism and Multiculturalism in American Education (University of Chicago Press), and co-editor of two new books: Occupy the Future (MIT Press) and Education, Justice, and Democracy (University of Chicago Press). He is the recipient of several teaching awards, including the Phi Beta Kappa Undergraduate Teaching Award and the Walter J. Gores Award, Stanford University’s highest award for teaching. He is a board member of GiveWell and the Carnegie Foundation for the Advancement of Teaching. Before attending graduate school, Mr. Reich was a sixth grade teacher at Rusk Elementary School in Houston, Texas.