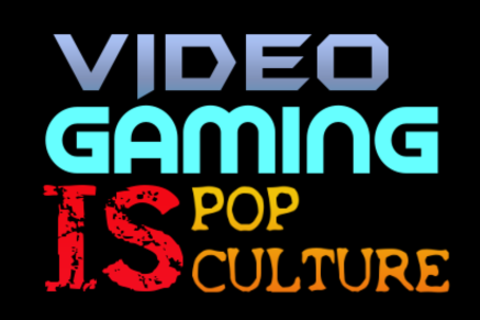 It has been more than 42 years since the general public first got their hands on video games. Today there are more people gaming than ever before, via traditional platforms from Xbox, PlayStation, Nintendo and PC to devices such as smartphones, tablets and even social media platforms online.

For the first time ever, the majority of people producing the games we play and the other pop culture we enjoy are those first generations to grow up in a world where video games were a mainstream entertainment choice. This is causing a cultural shift in how video games are defined.

Late night talk show hosts now feature video game guests and products on a regular basis while more and more films base themselves in a video game world. Even the President of the United States uses video game brand names as analogies in important speeches.

Join these three video game culture experts in exploring why today, more than ever, Video Gaming IS Pop Culture, and what it means to the world around us.

An avid gamer and fan of the culture, genre, and business of video games, Chris spends a lot of time in meet and greets speaking to all sorts of interesting people within the industry.

Patrick Scott Patterson (Scott to his friends) is a Video Game Media Personality, gaming since 1981.

When in need of information about video game history or culture, past or present, Patterson is a go-to person for both the mainstream and gaming media. Just some of the media outlets who have turned to PSP's expertise over the years include ESPN, NBC News, G4tv, the Chicago Sun-Times, the Los Angeles Times, WNYC and numerous network affiliates from coast to cost.

He is slated to appear in a variety of documentary films throughout 2014 and spends several months a year traveling to events across the country to speak on a variety of video game-related topics with his partner and friend Rachel Lara.

As the film actress, Rachel is starring in the new LIONSGATE Entertainment thriller “KILLER HOLIDAY”, which received high praise and accolades from critics and movie audiences around the world. The studio feature is breaking records now in DVD, streaming and download sales since it’s release.
Next she is shooting a romantic action-thriller with the same director and film company, now in pre-production and rehearsals.

Rachel is a passionate, popular featured speaker at convention panels that really interest her, including Comic-Con and of course SXSW. She has appeared on panels many times with video game media personality Patrick Scott Patterson.

When Rachel is not making films, doing appearances, print modeling or just plain gaming (her favorite), she thoroughly enjoys Cosplay and could be categorized perhaps as a legend of sorts. Photos of her as Harley Quinn and many other characters have been internationally published and are being used currently in corporate advertising.

“I am a lot of things, but above all else, I am a Gamer” -Rachel Lara