Smart Landscapes of the Future 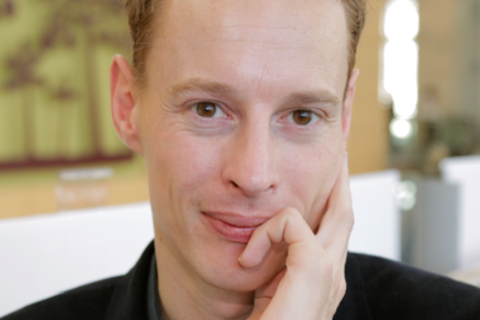 “Innovation as a Dutch experience” Daan Roosegaarde, creative director of the social design lab Studio Roosegaarde. With studio’s in Rotterdam and Shanghai, he develops innovative, interactive landscapes that are accomplished through the objective of pulling technology ‘out of the screen’ and integrating it into the real world.

The key to accomplishing this task, believes Roosegaarde, is his Dutch attitude of artist-entrepreneur, which he considers equal parts “priest and entrepreneur” in order to perfectly merge technology and creativity. Through the creation of social designs that instinctively respond to sound and movement, he is able to pursue the widest possibilities of technological innovation. The New York Times called him 'a ​hippie with a business plan'.

Roosegaarde is best known for his internationally awarded projects such as ‘Dune’, ‘Intimacy 2.0’, 'Lotus Dome', ‘Sustainable Dance Floor’ and currently the 'Smart Highway' which are interactive and sustainable roads.

Daan Roosegaarde: “A hippie with a businessplan"

The New York Times recently described him as "a hippie with a business plan”, and Wired highlighted him in their top 3 'favourite stories from 2013’. Artist and innovator Daan Roosegaarde wants design to improve life into what he calls “techno poetry”.

As expert in the future of design, much of Daan Roosegaarde's work is concerned with merging innovation and imagination, looking specifically at what happens when technology goes beyond the computer screen. As such, he invites the audience at SXSW on a “safari tour” on how our future world could look like.

The Intimacy Dress is a way to “mix business with pleasure” in which the dress changes in transparency in relation with the wearer’s heartbeat.

Dune is an interactive landscape of light which reacts to the sounds and motion of people walking by. Placed in public spaces such as pedestrian tunnels the fibers of light transform the place into a playful environment.

Roosegaarde's work negotiates these concepts through innovation and imagination, in ways that break down the boundaries between the digital and physical worlds. Part of what he is doing is an investigation of technology: what do we want from technology and what does it wants from us?

The projects are developed at his Studio Roosegaarde in the Netherlands and Shanghai with his own team of engineers and designers. While much of his work centres around some form of technology, Roosegaarde says it’s not about the tech itself. “Tech is just a great tool, it’s about the stories it generates between people and their landscape”.

art and tech innovation and creativity