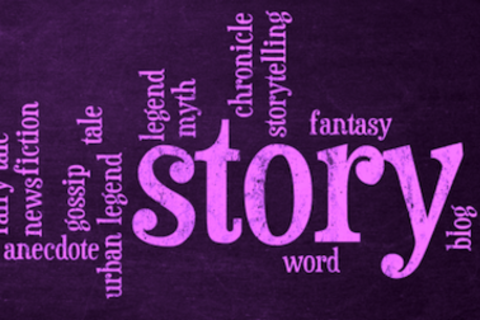 This will be a compelling interactive conversation where all are invited to share a personal story, secret, confession or apology.

Public storytelling is an ancient art form that has experienced resurgence in our culture. This is because the platforms for expression have broadened. While personal storytelling was once relegated to cozy gatherings around a fire, or confined to casual dinner table conversations, it is now an accessible medium that functions on three levels - to entertain, to build community, and to facilitate healing. Through live storytelling shows, personal storytelling blogs, story-specific radio programming and personally narrated documentaries, people are seeking comfort in the provocative chronicles of others. It is because of stories that people connect. It is through storytelling that community is built. And it is because of stories that people heal.

Come tell your story with sex and relationship storytellers Sadie and Stirling.

Sadie Smythe is a storyteller. As a writer, author of the memoir Open All the Way and producer of the storytelling series BedPost Confessions, she has learned that stories hold a particular type of personal power. Her own story informs many facets of her work - from consulting with couples in open relationships to branding businesses. She is a fierce advocate for people designing relationships that are right for them - irrespective of what others’ expectations are - and based on their individual and collective stories. Sadie holds a degree in psychology and resides in Austin, Texas, the great city where BedPost Confessions is produced.

Sadie and others from the conference will be telling personal stories on March 8th at the Butterfly Bar.
http://bedpostconfessions.com/sxbedpost/

Stirling was raised amidst a gaggle of rednecks in rural southern Maryland. He got his SAG card playing a guy that blew his face off with a shotgun. He had a holding deal with Warner Bros TV for his one-man show Samsonite Luv Monkey. He booked a shitload of commercials (the most annoying one you may remember from the phrase “Are you gellin’?”), did the leads in a few features (Black Days, Hungry Hearts), began producing, directing and/or writing short films (Opposite Sex and the City, Body Electric), features (Enigma with a Stigma), TV and web series (Nick and Kim’s Wild Mullet Kingdom, CSI Mullet). In between these bouts of work that look all nice and tidy in this bio, there were countless moments he threw tantrums in his apartment. He published his first story in a collection of comedic essays (Dirty Laundry) in 2010. He released his first comedy CD (My Sexual Belle Curve) in 2011. His book An Open Apology to All My ExGirlfriends, Vol. 1 has been optioned by Skydance Productions for TV. He doesn’t think your cat is as special as you want him to.