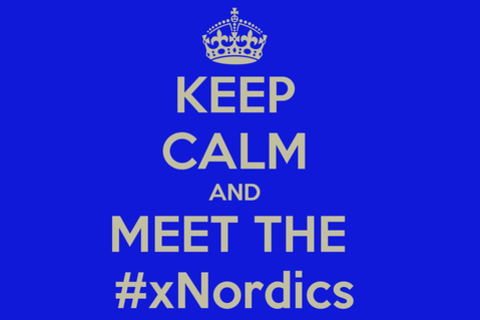 In this panel the #xNordics crew opens it all up about the success of startups coming from the Nordics, Finland, Sweden and Norway. This is yet another SXSW channel for the Nordic startups to pitch, not only to investors but to like-minded people within the industry. Idea is to open up what we put into our morning porridge or Sauna beers to create the startup ecosytem and innovative lifestyle .The session will be active and interactive, with amazing success stories of Nordic Startupss (Rovio, WeVideo, Spotify…) and enablers (Aalto Innovation University, Innovation Norway, Stockholm Chamber of Commerce, Sweden Mobile Association, Mobile Monday, MESH, FinnMob, Finpro and alikes) - and mix and match very innovative people telling stories, sharing experiences and coaching others while opening it all up. We want to make this session interactive and have conversations with the audience too! Funny accents guaranteed! ;)

Jostein Svendsen is the Chief Executive Officer and Co-Founder of WeVideo Inc. Based in Silicon Valley and Oslo, Norway, WeVideo takes the cost, time and complexity out of video production and sharing, all while delivering creative control, social editing/collaboration, “in the moment” video creation and sharing, and amazing performance. It does this through a unique cloud-based video editing environment.

In 2010 Maria was appointed CEO of the Stockholm Chamber of Commerce, the leading private organization for improving the business climate in the Stockholm region. Under Maria's leadership the Chamber has taken bold measures to renew and reenergize the organization. Today the Chamber is regarded as one of the most vital business lobbies in Sweden.

Between 2006 and 2010 Maria was the CEO of Sweden's leading free market think tank, Timbro. Maria has previously been a partner in fast-paced communications agency Prime PR, one of Sweden's largest and most highly ranked public relations and public affairs companies. Prior to that she worked for Carl Bildt, Sweden’s former Prime Minister and current Foreign Minister.

Maria has written several highly profiled books. Her first book, The Celtic Tiger (1999), chronicled the free market reforms of Ireland and how that country moved from being in the economic backwater in Europe to become a fast-growing hub for foreign multinationals. Her latest book – Home and Away: How Mobility Changes the World (2009) – took a stab at political obstacles to prevent people from crossing borders, boundaries and income brackets. As the CEO of the Chamber, she has championed the concept of Global Cities and worked to promote a better understanding of the new economic geography. As the prime region in Northern Europe for IT and Telecom, Maria Rankka has campaigned to unleash the digital economy and to reinforce the role of Stockholm as a leading hub in the IT sector. Her first campaign as the new CEO of the Stockholm Chamber of Commerce was to lobby against a previous proposal to put tariffs on iPads when custom authorities had proposed to reclassify them as television receivers.
Maria has been named one of Sweden's most promising women leaders. She was born in 1975 and was educated at Uppsala University, Instiut Catholique de Paris and Stanford University. She has a BSc in Political Science from Uppsala University and in 2013 Maria completed the Stanford Executive Program at Stanford Graduate School of Business.

Peter is a DigitalEvangelist and MobileSensei from Finland-Funland, with years of professional experience (digital media as main job since 97) in working with on-the-edge digital media concepts plus a great international network to support my passions: to contribute in creating new and innovative concepts for people living the "Digital Life" - to let people experience the change that the modern technology surrounding us brings to our lives. Web nowadays is all about *people* connected in real time!
Staying busy by working at own Digital-, Mobile-, SoMe- and DOOH shop/agency called @MobileSensing, doing projects with several small clients, and with Clear Channel in Europe and being co-founder CEO of www.Zee.do BrandGames and www.SipuliGroup.com event company. Holding also few advisory- and board member tasks.