Companies, Non-Profits & the Future of Impact 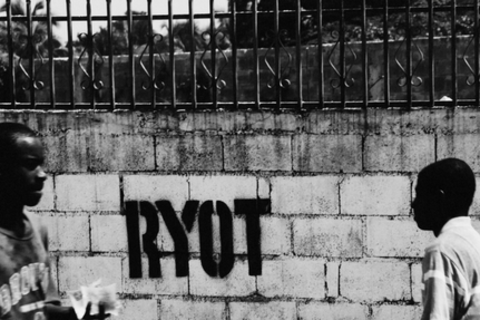 With nearly $250 million raised for important causes all over the world combined, RYOT News, (RED) and Omaze set the standard for collaboration in the social entrepreneurship space, and how incredibly important it is for non-profits and for-profit companies to work together to leverage and scale impact. Ian Somerhalder, activist, entrepreneur and actor, joins the panel to discuss his experience involving the companies he works closely with in his philanthropic work through the Ian Somerhalder Foundation.

Bryn is the co-founder of RYOT - the first news site for millennials that connects every news story to actions. Bryn was named one of Esquire Magazine’s “2012 Americans of the Year” for his work in Haiti as well as a "Hollywood Maverick" by Details magazine for his documentary work in crisis and disaster zones. Mooser was Country Director for Artists for Peace and Justice (APJ) and helped build Haiti's largest Cholera center as well as APJ’s secondary school in Port-au-Prince, which now educates 2,400 Haitian youth per year. Bryn also consults celebrities on their philanthropic goals. Before working in Haiti, Bryn served in the Peace Corps in West Africa and hitchhiked from Bangkok to Berlin. Bryn is an award-winning film maker. His latest documentary, Rider And The Storm, premiered in April in New York City, his third consecutive world premiere at TriBeCa Film Festival and third film in a row to qualify for an Academy Award. Bryn grew up in Los Angeles, New York City and Zimbabwe and speaks Creole, Mandinka and parts of several other African languages. In his spare time, he plays bass and saxophone in the London-based band Proud Mary.

Recognized as one of The Guardian’s “50 Women to Watch” and in Dell's
2012 #Inspire100 list as a world changer, Chrysi is a social
entrepreneur who sits at the intersection of cause, creativity and
commerce.

Chrysi has led digital and marketing campaigns at (RED) since 2009.
Founded by Bono and Bobby Shriver, (RED) helps fight AIDS in Africa by
partnering with iconic brands such as Apple, Coca-Cola & Starbucks. To
date, over $240million has been raised & 14 million people impacted
through (RED) supported programs. (RED) has been recognised as being
“in a league of its own when it comes to social media following" and
is the first non-profit with over 1 million on both Facebook and
Twitter. At (RED) Chrysi has worked across marketing, communications,
media, partnerships and digital to create high profile integrated
brand campaigns, including turning Twitter (RED) - literally - every
time you used #red one World AIDS Day the colour of your tweet turned
red; set the record for raising the most amount of money from
check-ins on foursquare, raising $250,000 in 8 days with Starbucks;
DANCE (RED), SAVE LIVES that brings the world's biggest dance artists
together for a cause with the album reaching No. 1 in over 40 countries and
'The Beginning of the End of AIDS Starts With You' event featuring
President Obama, Bono & Alicia Keys, resulting in 4 million YouTube
views.

Prior to (RED), Chrysi was a founding member of Espotting, Europe's
first search marketing network. As VP Global Marketing &
Communications, Chrysi helped grow Espotting to 250 people across 8
markets before selling the company for around $200 million.

Chrysi holds a BA (Hons) in Economics and Politics, an MBA from
University of London and has taken courses in Human Rights at
Columbia. In 2005 Chrysi was awarded the Fulbright Scholarship.

Chrysi is currently on the Advisory Council to Station to Station,
Invisible Children and WIE - Women, Inspire, Enterprise - an
organisation that is focused on fostering women leaders.

Star of the CW show The Vampire Diaries and at one point a character on Lost, Ian has won half a dozen Teen/People's Choice Awards. In 2006 Ian started The Ian Somerhalder Foundation (ISF) which aims to empower and educate people about how to have a positive impact on the earth and its creatures. ISF now has hundreds of volunteers in dozens of countries around the world.