Shelves to Space: What Images Say About Our World 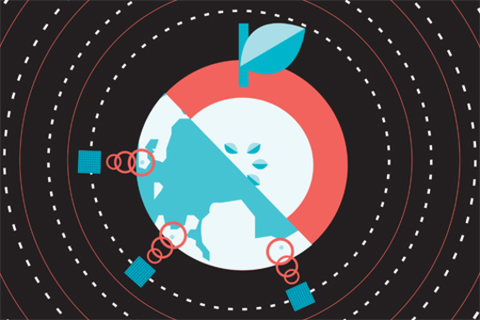 How does a photo of an onion in Delhi translate into countrywide price inflation? Conversely, how can a video from 500 miles above the Earth’s surface shed light on a humanitarian crisis unfolding in West Africa? From the proliferation of high-res photography on millions of smartphones worldwide to real-time video of the Earth’s surface from space, rapid advancements in imaging are not only changing how we share stories about the world around us, but tearing open an entirely new source of data.

Premise co-founder David Soloff teams up with Skybox Imaging co-founder Ching-Yu Hu for a panel moderated Harper Levine of Harper's Books to discuss how advances in imaging and technology are converging to unlock an entirely new stream of information. They’ll discuss the collection of image-based data streams from store shelves to space, and how they distill this data into transparent insights across a myriad of fields from macroeconomics and disaster relief to the global transport of goods.

David Soloff is co-founder of Premise, building machinery to help the human race better understand its own economic activity. Premise is backed by Google Ventures, Harrison Metal and Andreessen Horowitz, and serves some of the world's largest commercial, financial and governmental institutions. Prior to Premise, David was the founding CEO of Metamarkets, a world leader in large-scale data analytics.
David serves on the advisory board of Columbia University's Institute for Data Sciences and Engineering, whose goal is to deepen a culture of translational research and scholarship that can address the unprecedented challenges and opportunities posed by a data-rich society. David lectures frequently to students on entrepreneurship and the innovation process.
David is also a Venture Partner with Bowery Capital, an early stage venture fund pursuing an investment strategy focused on the 'consumerization' of the enterprise.
David lives in Berkeley with his wife and three children.

Harper Levine is the founder of Harper's Books, a rare book store and gallery in East Hampton, New York. A graduate of McGill University, Levine gave up a failed career as writer to pursue selling books, rather than creating them. Over the years, with growing emphasis on the art world, Harper's Books has become a leading dealer of rare books relating to the arts, with a specialization on unique books that artists themselves have manipulated or reinvented. Levine is married with a twelve year-old daughter, and two dysfunctional cats who like Kanye West.