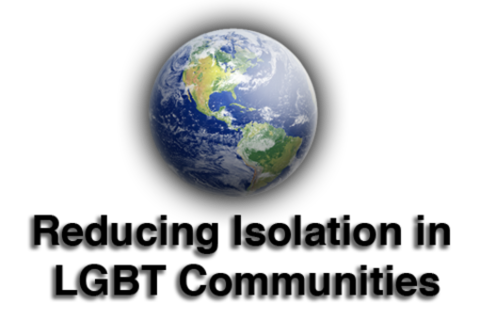 Reducing Social Isolation of LGBT Seniors and Youth Through Technology, Centers and Libraries

From homeless LGBT youth to LGBT seniors who have been rejected by their families, this panel will explore the range of issues the youngest and oldest members of the LGBT communities face and how technology, centers and libraries may serve as the best partners to reduce isolation and homelessness.
In some of the most rural portions of the US, libraries have served as neutral information hubs for LGBT seniors and youth where other community resources fall short or are censored such as schools or free wifi hotspots. The rise of the Internet and social media have only accelerated the decrease in the isolation that has long been a part of the LGBT experience but many LGBT communities are still suffering.

Dr. Imani Woody is the founding director and CEO of Mary’s House for Older Adults, a developing LGBT friendly residential housing in Washington, DC. She has a PhD in Human Services specializing in non-profit management. Her thesis: Lift Every Voice: A Qualitative Exploration of Ageism and Heterosexism as Experienced by Older African American Lesbian Women and Gay Males when Addressing Social Services Needs. She holds a Master of Human Services degree from Lincoln University and is a graduate of Georgetown University’s Paralegal program. Dr. Woody is currently working as a diversity consultant working in the field of health, aging and issues affecting the LGBT and people color communities. She has worked as the pro bono coordinator of the D.C. Bar and has served as the director of training for the National Association of Protection and Advocacy, coordinating and facilitating trainings across the country for people with disabilities and promoting cultural diversity.

Forty to None Project Dir

For more than a decade Jama Shelton has worked in the field of lesbian, gay, bisexual and transgender (LGBT) youth homelessness. After receiving a master of social work in 2004, Shelton began a nine-year stint at the Ali Forney Center, an organization that provides housing and supportive services for LGBT youth experiencing homelessness. During her tenure there she played an integral role in the building of the most expansive housing program in the nation for LGBT youth. Having worked in various roles (first as a direct service provider, then developing and directing the expansion of their housing program, and finally as a researcher, program evaluation and trainer), Jama brings a comprehensive understanding of the issues facing both homeless LGBT youth and the service providers with whom they work.

John Chrastka is Executive Director of EveryLibrary, the first national PAC for libraries. A long-time library trustee, supporter, and advocate, Mr. Chrastka is a former partner in AssociaDirect, a Chicago-based consultancy focused on supporting associations in membership recruitment, conference, and governance activities. He is president of the Board of Trustees for the Berwyn (IL) Public Library (2006 – present) and is a former president of the Reaching Across Illinois Libraries System (RAILS) multi-type library system. Prior to his work at AssociaDirect, he was Director for Membership Development at the American Library Association (ALA). He is a current member of ALA as well as the Illinois Library Association (ILA), and is a member of the American Political Sciences Association (APSA). He tweets at @mrchrastka.

Robert Espinoza is the Senior Director for Public Policy and Communications at SAGE (Services & Advocacy for GLBT Elders), the country’s largest organization focused on improving the lives of LGBT older people. In this capacity, he established and guides SAGE's national advocacy program, which includes a federal program based in Washington, DC, as well as 23 SAGE affiliates across 16 states. He also guides SAGE’s strategic communications, which has earned widespread acclaim and numerous awards, including the 2010 GLAAD Media Award in Advertising for Outstanding Social Marketing, two awards of distinction in 2012 from the International Academy of the Visual Arts, and a 2012 nomination for a GLAAD Amplifier Award for excellence in advertising and social marketing. Robert is a regular commentator for The Huffington Post and a contributing writer to Aging Today, a newspaper of the American Society on Aging that offers expert coverage of trends, developments, and controversies in aging.