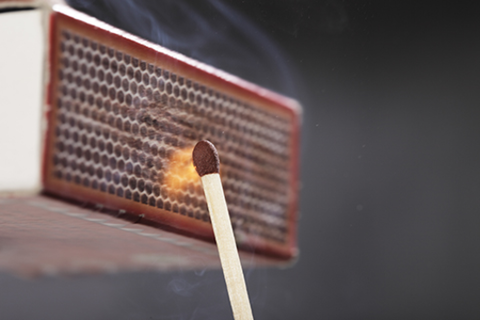 Barriers between corporates and startups are coming down. Relationships defined by competition and distrust are being transformed through new collaborations; no more guess work for entrepreneurs on how to build products that brands actually need and innovation pipelines within large corporations can be accelerated with minimal risk.

However, understanding how to build sustainable, trusted relationships and learning how to navigate the murky waters of value exchange are still issues for debate. Some companies have launched investment funds to attract talent; others are partnering with accelerators or VC firms; others are working with API platforms to provide developers with access to data.

Duncan Logan Founder and CEO of Rocketspace, will lead a discussion on open innovation between corporates and startups. The panel includes Co-Founder of MightyBell and Leanin.org Gina Bianchini, Head of New Ventures for eBay Guy Schory, and Global Head of Brand at British Airways Abigail Comber.

A critical element of Abi’s work is to define what the British Airways brand means to customers and staff around the world and translate that into a motivating and inspiring vision.

Abi is also responsible for defining and managing the corporate community investment programme worldwide and the airline’s reputation in the community.

Abi has been part of British Airways’ marketing department since 2002 holding positions in marketing communications, advertising and sponsorship. She was made Head of Brands and Marketing in January 2012.

Abi lives in Surrey with her husband. Her hobbies include amateur dramatics and singing.

Duncan Logan (@duncanlogan) is the founder and CEO of RocketSpace, an open innovation campus in the heart of San Francisco.

Over the last two years, Duncan’s passion for helping tech startups has fueled the success of more than 200 companies on the RocketSpace campus including Uber, Leap Motion, Snip.it, Podio, DOMO, and Beatport.

He firmly believes that startups can’t thrive in isolation and they are a product of their environment. RocketSpace surrounds its companies with the fuel they need to grow: speakers, classes, mentoring, recruiting, financing, HR, community events, venture capital, and more. Today, RocketSpace is home to more than 130 tech companies and a thriving corporate innovation program. Collectively, RocketSpace members and alumni have raised more than $1.8 billion in funding.

Duncan was born and raised near St. Andrews, Scotland and began his professional career working in derivatives at Swiss Bank Corporation in London. At 24, he started his first company, CITYPRO International, which he built to $8 million in revenue over a three year period, before selling to ASAP Plc in 2000, where he went on to become group managing director. In 2002, Duncan joined MessageLabs, an early SAAS security company, which he helped to build until it was sold to Symantec in 2008 for $700 million. He made the move to San Francisco in 2008.

Gina Bianchini is an expert in creating communities of purpose online and in the real world. She is the founder and CEO of Mightybell (www.mightybell.com), where communities learn and share together in groups. Thousands of organizations today are building communities on Mightybell focused on learning from peers, including American Express, Stanford University and Lean In.

Before Mightybell, Bianchini and Marc Andreessen co-founded Ning (www.ning.com), the largest social platform for communities of interests online. She served as CEO of Ning from its inception in 2004 to March of 2010, at which time Ning had 90 million monthly unique visitors, 46 million registered users, and 300,000 monthly active communities across entertainment, politics, education, and interests. In December 2011, Glam Media purchased Ning for $150M.

Bianchini serves on the board of directors of Scripps Networks Interactive (NYSE: SNI), which owns HGTV, The Food Network, The Travel Channel, The Cooking Channel, The DIY Network, and Great American Country.

She is also the co-founder of Sheryl Sandberg’s Leanin.org, a new online community organization dedicated to supporting women leaning into their ambitions and serves as an advisor to the Clayman Institute for Gender Research at Stanford University.

Gina has been featured as one of NPR’s “5 Nerds to Watch in 2013,” Marie Claire’s “New Guard,” Fortune Magazine’s “40 under 40,” Huffington Post’s 10 technology “Ultimate Game Changers,” and 7x7 magazine’s “Hot 20” list. Gina and Mightybell have been featured in Fast Company, Bloomberg BusinessWeek, The New York Times and The Wall Street Journal. She has also appeared on Charlie Rose, CNBC, and CNN.

She was raised in Cupertino, California, graduated with honors from Stanford University and received her M.B.A from Stanford Business School.