Paris: A Thriving Ecosystem Despite Itself 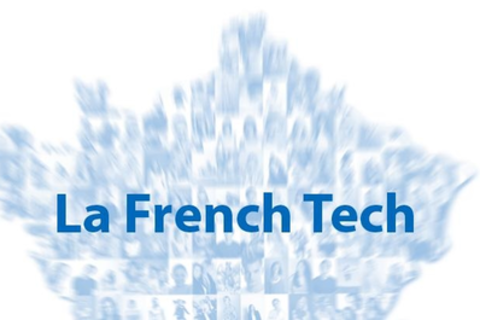 The Paris startup ecosystem has been silently churning out $1 Billion companies since the 1970s; however, its anti-Anglophone history, anti-business government, and the language barrier has influenced international opinion of France, and specifically of French Tech.
Our panel will explore the inner workings of French culture, such as the attitude of "If I have to market my product, it's not good enough," as well as to explore the startup ecosystem itself, such as how France's strong engineering and industrial past has positioned it as a leader in one of the most exciting sectors in the tech world today: connected hardware.
This talk is not meant to convince anyone to move to Paris (or anywhere for that matter) to start their company; instead, it seeks to highlight the fact that, if you're going to build a global company, you will eventually launch in France (probably be among the first five markets), so you might as well know a little bit about the culture before you launch there.

Cédric Giorgi is the Co-Founder and CEO of Cookening, a global marketplace to connect people and cultures through Food. Before that, he was Seesmic Europe Director furing one year and Scoop.it Marketing Director during 4 years.
Cédric started being involved in the startup industry in 2005 when he started blogging on his own blog, which led him to the position of Techcrunch France Co-Editor and Conference Organizer until mid 2011. He took also part to the organization of LeWeb conference during two years. Cédric has graduated in computer science and business from two major French universities, and is fluent in French, English and German.
Cédric spends 10% of his time helping the ecosystem and other startups: as a regular mentor for startups in France, especially at LeCamping, first Startup Accelerator in Paris. He's involved as a teacher in different Business and Internet schools in France, and he created and managed a closed community of 500+ French Startupers on Facebook. He's a regular speaker at tech conferences in France & Europe.

Entrepreneur & investor. Has co-founded Codanova, OverBlog, Nomao, Ebuzzing over the past 12 years.

Cofounder of the Rude Baguette, Liam Boogar is originally from Menlo Park, California. Since his move to Paris in 2010, Liam has become a thought leader on the European Startup Ecosystem, being interviewed in online, TV, and radio all over the world. He has spoken at Europe’s top technology events, and animates the Paris startup scene through the Rude Baguette blog and events.

Pierre-Simon believes that there's not enough entrepreneurs in the world. Not enough people looking at the problems in their daily life and in the world while asking themselves "What can I do about it?" This belief made him found Silicon Students in 2011 to create a community of aspiring entrepreneurs with different academic and cultural backgrounds.

Silicon Students focuses now on building educational environments for these aspiring entrepreneurs to learn by doing and naturally grow the skills and network they need to start meaningful ventures.

Since 2011, Pierre-Simon has organized 40 events in 5 countries (US, UK, France, Germany & The Netherlands) gathering 50+ founders/ accomplished founders/ entrepreneurs around a total of 2000+ attendees and have been mentioned in media outlets such as Forbes.com, TheNextWeb & Pandodaily