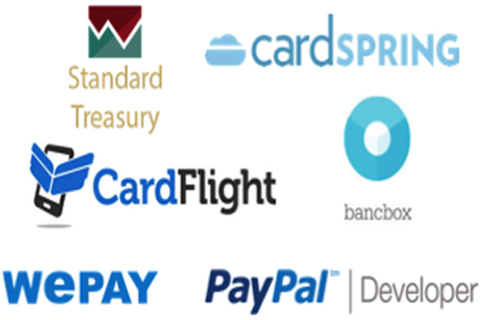 Financial Services are being rapidly digitized. iPads are replacing branches and bankers. Connected cars buy insurance by the mile. Automatic portfolio management democratizes investing. The distinction between tech and finance is blurring at an increasingly rapid pace, creating opportunities and challenges for both incumbents and disruptors in a sector that represents 8% of US GDP.

Designed for anyone interested in the future of money or its implications, this core conversation will talk about the macro trends disrupting financial services, highlight a few of the most exciting areas of change, and sketch out the possible implications. Much of the time will be reserved for a guided conversation with the audience to share their ideas and hopes for where the financial services industry will go, along with questions and concerns around its digitization.

Dan is the Co-Founder and CEO of Standard Treasury, where he working with leading financial institutions to help them harness the power of developers. Before Standard Treasury, Dan was the first employee and Chief Operating Officer of Giftly, a stored value technology company that was acquired by GiftCards.com. Before Giftly, Dan was a journalist and analyst at TechCrunch, the leading technology website on the Internet. Dan holds an A.B. & A.M. with Honors from the University of Chicago.

Robert Schwentker is a technology evangelist with a passion for working with developer and startup communities. He has extensive programming, developer relations & systems experience at large enterprises & financial service organizations like American Express, Toyota Financial Services & Citigroup.
He recently joined PayPal's Americas developer & incubator relations team. Previously at American Express, he worked with the Amex Ventures team in startup & developer communities.
As one of the key community leaders instrumental for fostering the Silicon Valley Developer Communities of Google, Facebook, Pinterest & Twitter, he organizes hackathons and meetups. He has served as mentor for Hub Ventures in San Francisco and for SF Startup Weekend NEXT.
For over a decade he has volunteered for the MA Math NGO, Kerala, India, working on numerous projects including developing their Hospital Information System, as well as teaching programming & mentoring CS PhD candidates at Amrita University. Robert graduated from New York University, Tisch School of the Arts.