So You Want Our Seed Money? Here's How to Get It! 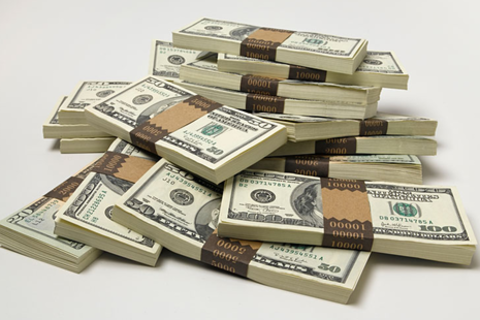 Several top Internet and technology seed investors come together for the first time on one stage to tell their stories and answer your questions about best and worst practices in raising venture capital for start-up companies. Hear from the same people who have invested in the Internet's hottest new start-ups like Path, Evernote, Birchbox, Refinery29, Makerbot, Groupme, Artsy, Fab, and many more! This is your chance to learn how to increase the chances of your company getting funded by seed investors.

Aileen Lee is founder of Cowboy Ventures, a fund that backs seed-stage startups. Cowboy invests in a broad range of consumer and enterprise-focused companies, around the theme of "Life 2.0".

Prior to starting Cowboy, Aileen has been a Partner at Kleiner Perkins Caufield & Byers, which she joined in 1999. Thru KPCB, she has worked with a diversity of companies including Bloom Energy, One Kings Lane and Rent the Runway. She was also founding CEO of KP-backed digital media company RMG Networks, and worked at Gap Inc. in various operating roles, including marketing, business development and e-commerce.

Aileen has degrees from MIT and Harvard Business School. She's mom to 3 little tiger children and wife to a series A-stage co-founder/CTO.

David is also the co-founder of TechStars NYC and previously served as Managing Director of the program.

David was named to NYC Mayor Bloomberg’s Advisory Council on Technology and serves on the Investor Board of Venture for America. He is also a regular contributor to the Wall Street Journal ‘The Accelerators’ online blog.

Prior to joining TechStars, David served as Executive Vice President of Interactive Strategies at kgb, a global information services company. While at kgb, David founded and lead Knowmore.com, a social aggregation startup within kgb.

David has a B.A. in American History from the University of Pennsylvania and a J.D. from New York University School of Law.

Kevin is an investor and adviser to start-up consumer and enterprise internet and mobile companies.

Kevin is active on many Advisory Boards (Path, Buddy Media, Datalogix, Humin, Circa, Basis Health Band, Facebook Causes, Backplane, Telly, etc) as well as a member of SocialRadar’s Board of Directors.

Kevin also writes a weekly column for the Wall Street Journal (online & print) as part of their “Accelerators” section. http://blogs.wsj.com/accelerators/kevin-colleran/

Previously Kevin was one of the first 10 employees at Facebook Inc. having joined in early 2005 as their first advertising sales person. He stayed at Facebook for nearly 7 years on the revenue team leaving in 2012 after having become the longest tenured employee at the company other than Mark Zuckerberg.

Matt Mazzeo, a partner at Lowercase Capital, advises and invests into early stage companies at the junction of media and technology.

Prior to Lowercase Capital, Matt spearheaded many of the digital and venture efforts at Creative Artists Agency (CAA), the world’s leading entertainment and sports agency. Matt shaped the agency's seed stage investment strategy and also fostered the founding of CAA’s own start-up companies, including Funny or Die, WhoSay, and Moonshark. Along the way, Matt recruited top talent, built out operating models, and helped raise over $90M from top institutional partners including Greylock Partners, Sequoia Capital, Amazon, Qualcomm, Comcast Ventures, and Tencent.
Throughout his career, Matt has represented and advised top talent in television, film, fashion, music, and sports on their content deals in digital, social media, and mobile distribution.