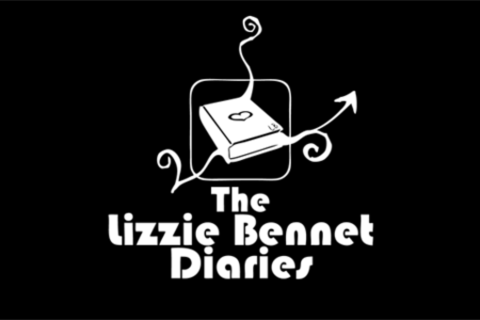 Kids today don’t care about old, moldy literature. Girls don’t watch web video. Social media is only good for brands who want to engage their customers. ALL LIES! The Emmy Award-winning series "The Lizzie Bennet Diaries' compiled over 40 million YouTube views, hundreds of thousands of followers over dozens of different social sites, and a record-breaking Kickstarter campaign that were all part of the story in a year-long modern adaptation of Pride and Prejudice. All with a marketing budget of zero. In the process, the fictional in-story corporation Pemberley Digital has become a real-world company producing more immersive social story experiences. Come hear from the team behind one of the most popular independent social story franchises of all-time, about how they pulled it off and what they have planned next.

Bernie is a multi-talented and versatile writer, director and interactive storyteller. He was the head writer and an executive producer of the wildly popular Primetime Emmy Award-winning interactive series, The Lizzie Bennet Diaries, as well as the writer and director of the LOOKBOOK: The Series, a scripted dramatic series for the popular fashion social network LOOKBOOK.nu, which featured brand sponsorships Dolce Vita, Doc Marten’s, and Victoria Secret Pink . Currently, Bernie is the head writer of the Emma Approved, which recently featured integrations with Modcloth and Samsung Mobile and was named #2 Web Series of 2013 by Variety.com.

JAY BUSHMAN is an award-winning writer and producer of transmedia and platform-independent entertainment. Named by one publication as “The Epic Poet of Twitter,” A visionary and an innovator in the transmedia community, he is continually pushing the boundaries of next-generation entertainment. As Transmedia Producer and a writer for Pemberley Digital's hit multiplatform web series The Lizzie Bennet Diaries, Jay received an Emmy Award for “Outstanding Creative Achievement in Interactive Media - Original Interactive Program.” Jay was the co-creator and co-showrunner of Pemberley Digital's interactive web series "Welcome To Sanditon." Other interactive credits include creating "Airship Dracula" and producing the Emmy-winning "Dirty Work" for Rides.tv.

Jay is also a founder and the Chief Creative Officer of THE HORIZON FACTORY, an early-stage startup building a platform to enable unified multiplatform story experiences.