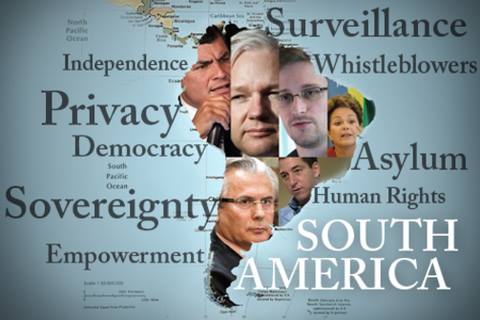 South American countries are playing an unexpected role in the debate triggered by the disclosure of confidential documents by Wikileaks and Edward Snowden.

Both Julian Assange and Snowden have been offered asylum by South American governments. Also, other key figures in the debate like journalist Glenn Greenwald and jurist Baltasar Garzón, are currently living in Brazil and Argentina.

In parallel, the region has recently produced innovative legislation, such as Chile's first 'net neutrality' law in the world, and Brazil's co-sponsored UN resolution 'the right to privacy in the digital era'.

As the region plans a new independent fiber optics network, will this emerging digital sovereignty make it a defender of human rights on the Internet?

In this talk, we will discuss how South American countries are adding a new perspective and voice to the digital privacy debate.