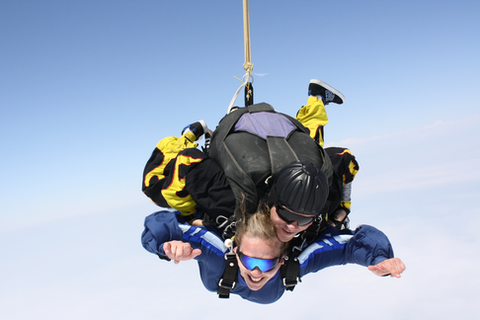 A veteran with PTSD may watch the hands of strangers for weapons and attempt suicide six times. She may also be the best brand ambassador for the biggest veteran’s nonprofit in the country. Wounded Warrior Project (WWP) has broken new ground with its original documentary series, “Wounded: The Battle Back Home,” which was created with Flow Nonfiction and acquired by MSNBC. As part of a distribution strategy spanning digital, broadcast and social, WWP chose to foreground its subjects as ambassadors for the organization. What are the risks and rewards for any company entrusting real people with its brand? What’s the line between empowerment and exploitation? How do filmmakers earn the trust of both a doc subject and their WWP client to tell these stories? How does a digital agency mix a subject’s personal digital presence with the campaign’s? The experiences of the subject herself – and the team as a whole – will reveal best practices for all of us. This practical panel will inspire.

Before she was marketing evp for Wounded Warrior Project (WWP), before she was Marketing Services Manager for the PGA Tour, and even before she became project manager at Nike Golf Learning Centers, Abby Reiner was a Division 1 volleyball player at Marquette University. So, what did that experience teach typeface-loving Abby? “Teamwork. Be the best in your position, find experts in others, and have a great time working your arse off.” Since joining WWP in 2006, Abby has helped develop the WWP brand architecture, visual brand, physical presence, and tangible brand experiences — including the design of the WWP Sacrifice Center, a gallery-esque space which shares the stories of warrior empowerment through their own words. Today, she also manages the WWP trademark portfolio all intellectual property assets for Wounded Warrior Project, the 2013 Harris Poll EquiTrend® Disability Non-Profit Brand of the Year.

Angie Peacock was a Sergeant in the United States Army until she was medically retired in 2005, after multiple injuries and a diagnosis of Post Traumatic Stress Disorder. While in Iraq, she suffered panic attacks, daily nightmares, fevers, vomiting, and bloody noses, losing 48 pounds in two months. Life became even worse upon her return. Prescriptions of sleep medication and painkillers without proper supervision led to harder drugs, a divorce and, eventually, six suicide attempts. With the help of an in-patient recovery program and her service dog, G.I. Joe, Angie eventually enrolled at St. Charles Community college. She founded a Student Veteran's Organization at the school, which now has 70 members, and graduated with a 4.0 in May. She was admitted to Washington University, where she will study psychology with the goal of helping other veterans. She was the subject of the first "Ten for Ten" documentary film and now represents the Wounded Warrior Project on a regular basis.

Texas Monthly recently named David Modigliani one of the "next great Texas directors." In 2009, he co-founded branded documentary powerhouse Flow Nonfiction. David's feature-length documentary, Crawford, about the tiny Texas town George Bush turned into the Western White House, was a spotlight premiere at SXSW in 2008. He has made national appearances on MSNBC and CNN, and in the Wall St. Journal, to discuss his work. In brande work, he has directed pieces for Skype, Ford Warriors in Pink, Tide, the Houston Rockets, Downy, Sabertec, Texas Children's Hospital and Bing, among others. He has a BA from Harvard University and an MFA from UT Austin.

At a young age, Shane was Vice President, Interactive Director at GMMB, an Omnicom issue-and-cause-based marketing and communications firm. There he built the entire interactive capability from the ground up, working for clients including the Obama for America campaign, the Red Cross, the Save Darfur Coalition, Association of American Medical Colleges, Robert Wood Johnson Foundation, and the Bill and Melinda Gates Foundation. In 2006, Santiago founded SBS Studios, a digital creative agency that garnered industry honors such as the Davey Awards W3 Awards, Pixel Awards, Horizon Interactive Awards, Summit Creative Awards and ADDY awards; and boasts a portfolio with brands such as Marriott International, Disney, Discovery, The NBA, The AdCouncil, ADCOLOR, Comcast, Axe, Sony Pictures, Paramount Pictures and others. Shane has been published in top industry publications such as Advertising Age, Communication Arts and Mashable. Shane currently serves on the advisory board for ADCOLOR®.