I Sing the Body Digital: The Quantified Self 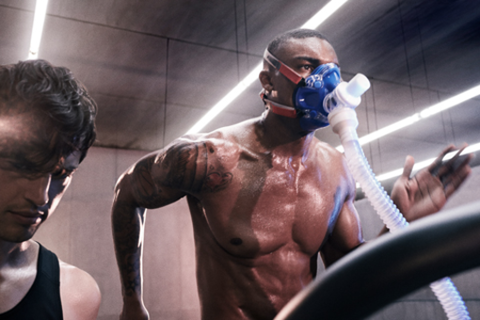 Quantified Self has become all the buzz at the intersection of technology and the health and fitness worlds, but are consumers really benefiting from the huge amount of data they are now tracking? Sarah Robb O’Hagan, President of Equinox, will moderate a conversation with the world’s leading thinkers in this space to understand the answers and the opportunities going forward. Why are consumers attracted to movement, nutrition and sleep data? What are they doing with it? Is data tracking truly helping to improve the chronic issues our country is developing around lack of constant movement and chronic sleep deprivation? As leaders in the business of high performance living, the participants in this panel will provide a perspective on what it takes to move from data tracking to true systemic behavior change, and what the opportunities are for the tech community to make a meaningful impact in this space.

Dr. James B. Maas is a leading authority and international consultant on sleep and performance. He has been the Stephen H. Weiss Presidential Fellow, Professor and past Chairman of Psychology, as well as a professor in the graduate fields of Education and Communication at Cornell University. He has also served a professor at the Weill Cornell Medical College-Qatar. Dr. Maas received his B.A. from Williams College and his M.A. and Ph.D. from Cornell. He holds the world’s record for university live teaching, having taught more than 65,000 students in his 48 years on the Cornell faculty.Dr. Maas is a noted filmmaker who has produced nine national television specials for PBS and his films have won 44 major film festivals. Dr. Maas is one of the world’s most sought after corporate, medical, association,education and professional athletic team speakers.

Ivo Stivoric, an EE Times honoree for his role in building the foundation of the next-gen electronics industry, is Jawbone’s Vice President of Research and Development. He is responsible for expanding Jawbone’s proprietary wearable and sensor technology into new health and wellness arenas for both consumer and healthcare applications.

As a co-founder and Chief Technology Officer of BodyMedia, acquired by Jawbone in 2013, Ivo has pioneered the development of wearable computing and wearable body monitors since 1999. His work has led to over 90 patents, broad adoption of wearable computing devices for consumer lifestyle management as well as medical research, and a 500-trillion-plus database of human sensor data that is one of the largest of its kind in the world.

Sarah Robb O’Hagan joined Equinox in September 2012 as President of the world’s premier fitness lifestyle company, comprising the Equinox, Soul Cycle, Blink Fitness and Pure Yoga brands. Under her leadership Equinox is undertaking an aggressive expansion strategy to grow its family of brands around the world and into additional lines of business, leveraging new digital technologies.

Prior to joining Equinox, Robb O’Hagan served as Global President of one of the world’s most iconic sports brands, Gatorade. Under Sarah’s leadership, Gatorade embarked on a transformational journey from sports drink company, to sports performance innovator led by the launch of the G Series.

Robb O’Hagan joined Gatorade after nearly six years at Nike where she held marketing and general management roles. She was a member of the team that launched Nike Plus in collaboration with Apple. Prior to Nike she worked at Virgin Atlantic Airways, Virgin Megastores and Air New Zealand.

Beyond the interests of Equinox, Robb O’Hagan supports the advancement of women’s leadership worldwide and has a particular interest in helping underserved girls get access to sports. She has served on Hillary Clinton’s US State Department Council to Empower Women and Girls through Sports, and is also a trustee of the Women’s Sports Foundation.

Throughout her career Robb O’Hagan has been recognized for some of her achievements. Her most recent honors include being named one of the “Most Creative People in Business” by Fast Company magazine (2012), being named to the top 40 Under 40 lists by the Sports Business Journal (2009, 2011 and 2012) being named among Forbes Magazine’s “Most Powerful Women in Sports” (2009) and Ad Age magazine’s Women to Watch (2010).

Sasha DiGiulian is a world champion climber and at the age of 18 already setting records. Sasha first started climbing at age 6 at her brother’s 8th birthday party.

Sasha was already U.S. and Pan American champion when she entered the world championships in Italy. First, she won the silver medal in bouldering, at which she was fairly inexperienced. Then contests in lead climbing, speed climbing and duel competition allowed her to pile up enough points for the overall world championship.

Sasha has been the undefeated Junior North Champion since 2004. She is the current World Ranking leader for Female Outdoor Sport Climbing and won the 2011 World Championships for female overall.

Sasha is constantly breaking barriers, competing against herself and pushing the limits, whether to win a competition or to complete a climb that no other female has ever completed outdoors.

Outdoor climbing provides Sasha with a sense of freedom and oneness with nature. She has sport-climbed 5.14(d) (the hardest grade ever achieved by a woman) and on-sighted 5.14a. She has also bouldered v11 and onsighted v10. The feeling exhilarates Sasha and inspires her to reach for endless possibilities.

Through climbing, Sasha has learned the valuable tool of goal setting and has internally learned to believe and push herself to new heights. It has also opened her eyes to the unparallel fervor of accomplishment of working hard towards something, and achieving that ambition.

In 2011, Sasha graduated from the Potomac School, a highly competitive private school just outside of Washington, DC. She is currently a Sophomore at Columbia New York City.