Building the Bridge to Equality with Allies 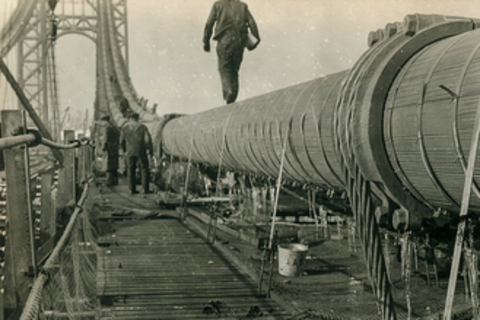 This panel seeks to provide practical strategies to help attendees become respectful allies to marginalized groups of people and expand the understanding of intersectional diversity.

Every year thousands of people experience discrimination at school, work and in their communities because they don't fit into the neat, little box of being straight, White and male.

For example, 43 percent of LGBTQ people have experienced discrimination or harassment in the workplace and the numbers are similar for Blacks, Latinos and women.

In the aftermath of the Trayvon Martin case, many people felt upset, powerless and angry. However, both online and off, people are finding ways to organize and connect to demand justice. We no longer have to stand by and become silent partners to the problem, we can be part of the solution.

Attend this session to learn how you can make an impact in your community, schools and workplace through active leadership as an ally.

Adria Richards is a developer and entrepreneur focused on digital equality. She has been involved in more than 35 hackathon events in the Bay Area and abroad.

Embracing her inner nerd, Adria moved moved to San Francisco in 2010 to pursue her passion for technology. Previously she has worked in technical and training roles for enterprise , nonprofits and startups; from American Express to Zendesk. Adria has been teaching technology and developing curriculum since 2007.

Adria is a popular speaker at major tech conferences including SXSW, O’Reilly Web 2.0, Launch, The Lean Startup Conference and TEDx. She speaks at startups and coding boot camps about culture, communication and diversity. Adria has attended TED, LeWeb and MLOVE.

In her free time, Adria enjoys snowboarding and bacon, not necessarily at the same time. Her Twitter account is one of 600k followed by President @BarackObama. She blogs at ButYoureAGirl.com and is a YouTube Content Creator.

Kortney Ryan Ziegler is an award winning artist, writer, and the first person to hold the Ph.D. of African American Studies from Northwestern University.

He is the director of the multiple award winning documentary, STILL BLACK: a portrait of black transmen, runs the GLAAD Media Award nominated blog, blackademic.com.

He was recently named one of the Top 40 Under 40 LGBT activists by The Advocate Magazine and #29 of the most influential African Americans of 2013 by TheRoot100.

He is the founder of Trans*H4CK a hackathon and speaker series that spotlights transgender created tech and startups.

He currently lives in Oakland with his amazing dog companion, Dough.