The 5 Secrets to Getting Acquired 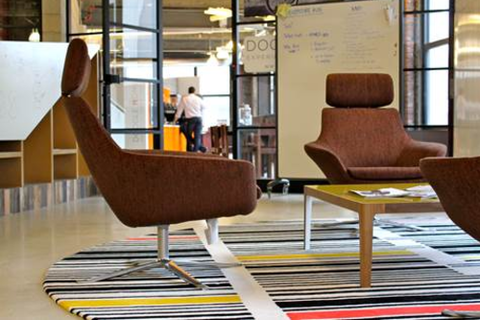 Everywhere we turn, bigger companies are buying scrappy startups. While they don’t all launch with a clearly defined exit strategy, founders often think about it and want it to happen sooner rather than later. Detroit-based mobile engagement platform HelloWorld (formerly ePrize) has been involved in 6 acquisitions in the past 2 years -- buying 4 smaller startups, being acquired themselves by a PE firm, and then spinning off an internal division into its own company. And, Detroit Venture Partners is a VC firm on a crazed mission. They've seeded dozens of early stage tech companies to help rebuild Detroit.

In this presentation, a partner from DVP and the CEO of HelloWorld will provide insight on both ends of the acquisition process, from seeking out qualified startup candidates to making your company look appealing for a buy. They’ll reveal 5 essential tips to consider during this grueling process, highlighting ways to ensure a seamless transition by mitigating potential pitfalls.

Gabe is a partner at Detroit Venture Partners, a Detroit-based venture capital firm that backs seed and early-stage technology companies. Prior to joining DVP, Gabe was the executive vice president and general counsel of ePrize, Inc. (now Hello World), which represents more than 75 of the top 100 brands in the world. As a member of the executive team, Gabe led the legal, fulfillment services and human resource teams, growing the company to nearly 500 employees. Crain’s Business named Gabe as the General and In-House Counsel 2011 Winner for the state of Michigan in the privately held company (under $1 billion) category. He led the efforts on multiple acquisitions, venture financings, credit facilities, and ultimately the sale of the company to a large private equity firm.

Matt joined HelloWorld, Inc. (formerly known as ePrize, Inc.) as CEO in March 2010. In his first year, he focused on the strategic expansion into mobile and social enabled solutions, launching a multi-channel platform. Today, the company brings to market a SaaS platform, allowing brands to create rich engagement solutions with their consumers and track activity to point of sale.

Before ePrize, he was President/CEO of Q Interactive, which became one of the largest performance-driven ad networks on the web under his leadership.

Matt received his bachelor's degree from University of Iowa, where he now sits on the College of Political Science advisory board, and his MBA from DePaul University. He was recognized as a Who’s Who technology leader by Crain's Chicago three years in a row.