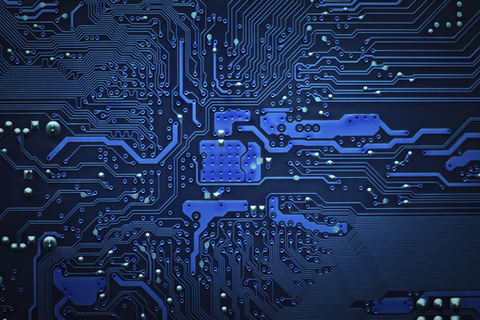 ATTENTION: You must signup in advance to attend this workshop. You will need to have a valid SXSW badge, and an activated SXsocial account. To reserve your seat, please go here: https://sup.sxsw.com/schedule/IAP23825

Edward Snowden’s dramatic revelations of classified information in 2013 set off a massive public debate concerning the intersection of technological change, national security, and privacy. Alas, that debate is not always sufficiently well informed when it comes to its legal, policy, and technical aspects. This 2.5-hour workshop is meant not to evangelize in favor of any one particular solution, but rather to provide attendees with a sophisticated-but-accessible foundation for sharpening (or perhaps changing) their own views. It brings together dynamic, nationally known experts in technology, privacy policy, civil liberties, law, and U.S. government intelligence policy. The workshop will delve into the technical and policy aspects of national security surveillance, the evolution of the legal architecture governing the NSA, and how policy may develop in the years ahead. We’ll also use various participatory measures to directly engage attendees.

Key Takeaways:
1. What exactly is the current state of the law when it comes to NSA surveillance?
2. What do we know about what the NSA is and is not doing?
3. What do privacy theorists have to say about the impact of technological change on our privacy?
4. How do national security officials think about these issues?
5. What is likely to happen going forward?

Prerequisites:
- There is no prerequisite for attendance. Anyone with an interest in the legal and policy implications that arise from issues involving privacy, technology, and security is encouraged to register.

What to Bring:
- Nothing specific.

Cato Institute fellow Julian Sanchez studies issues at the busy intersection of technology, privacy, and civil liberties, with a particular focus on national security and intelligence surveillance. Before joining Cato, Sanchez served as the Washington Editor for the technology news site Ars Technica, where he covered surveillance, intellectual property, and telecom policy. He has also worked as a writer for The Economist’s Democracy in America blog, and an editor for Reason magazine, where he remains a contributing editor. Sanchez has written on privacy and technology for a wide array of national publications, ranging from National Review to The Nation, and is a founding editor of the policy blog Just Security. He studied philosophy and political science at New York University.

Bobby Chesney is the Charles I. Francis Professor in Law at the University of Texas School of Law, a Distinguished Scholar of the Robert S. Strauss Center for International Security and Law, and a Nonresident Senior Fellow of the Brookings Institution. He also serves as the law school's Associate Dean for Academic Affairs. In 2009, Chesney served in the Justice Department as an advisor to the Detention Policy Task Force and previously served the Intelligence Community as an associate member of the Intelligence Science Board and a member of the Advanced Technology Board. His scholarship focuses on U.S. national security policies and institutions, including military detention, the use of lethal force, civilian criminal prosecution in terrorism-related cases, civil litigation involving the state secrets privilege, and the convergence of functions across the military and the Intelligence Community. He is a magna cum laude graduate of both Texas Christian University and Harvard Law School.

Susan Landau is the author of Surveillance or Security? The Risks Posed by New Wiretapping Technologies (MIT Press, 2011), and co-author, with Whitfield Diffie, of Privacy on the Line: The Politics of Wiretapping and Encryption (MIT Press, 1998, rev. ed. 2007). She has written numerous computer science and public policy papers and op-eds on cybersecurity and encryption policy. In 2011 Landau testified in Congress on the security risks of wiretapping and in 2009 she testified on cybersecurity activities at NIST's Information Technology Laboratory. Landau was previously a Distinguished Engineer at Sun Microsystems, where she worked in cybersecurity, privacy, and public policy. Landau was a faculty member at the University of Massachusetts at Amherst and at Wesleyan University. She has held visiting positions at Harvard, Cornell, and Yale, and the Mathematical Sciences Research Institute. Landau is currently a senior staff privacy analyst at Google.

Landau serves on the Computer Science Telecommunications Board of the National Research Council, as well as on the editorial boards of IEEE Security and Privacy and Communications of the ACM. A 2012 Guggenheim fellow, Landau was a 2010-2011 fellow at the Radcliffe Institute for Advanced Study, the recipient of the 2008 Women of Vision Social Impact Award, Landau is also a fellow of the American Association for the Advancement of Science and the Association for Computing Machinery. She received her BA from Princeton, her MS from Cornell, and her PhD from MIT.

Timothy Edgar is a visiting fellow at the Watson Institute and an Adjunct Professor of Law at Georgetown University. He served under President Obama as the first-ever Director of Privacy and Civil Liberties for the White House National Security Staff, working on cybersecurity, open government, and data privacy. From 2006-09, he was the first Deputy for Civil Liberties for the Director of National Intelligence, reviewing new surveillance authorities, the terrorist watchlist, and other sensitive programs. He was previously the national security and immigration counsel for the ACLU, where he spearheaded the organization’s innovative left-right coalition advocating for safeguards for post-9/11 counterterrorism initiatives, including the USA Patriot Act. His work focuses on policy challenges posed by growing global cyber conflict, particularly reconciling security interests with fundamental values like privacy and Internet freedom. He has a JD from Harvard Law School and AB from Dartmouth.