Insert the Innovation Gene in Your Company's DNA 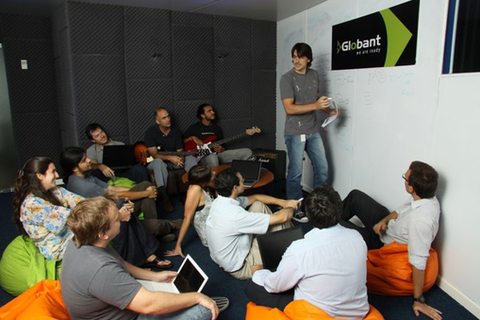 Organizational fitness: Inserting the Innovation Gene into Your company's DNA
Technology doesn´t come alone. Accelerated change and increased access to who can innovate will challenge our business and push us to reinvent. The question is: how can we promote sustainable innovation within our organizations? Can we always be in good fit to compete in a time of exponential change? Guibert Englebienne invites us to explore different social experiments you can learn from to foster a culture of innovation.

Guibert Englebienne. Globant's CTO & Co-Founder. In 2003 Guibert co-founded Globant, a company that quickly became a global leader in the creation of innovative software products. Just eight years later, Globant counts with 3000 employees, an entirely fresh approach in the IT services industry, a blue chip customer list and became a global role model for entrepreneurship.
As Globant CTO, he leads the Premier League, an elite group of technology gurus whose main role is to think out of the box for their customers and the Globant Labs, a playground for exploration of new technologies. When he is not sailing or eating a barbecue, Guibert spends his time thinking about the next disruptive project that will shake the IT industry. His strong focus in technology, innovation and creativity drove Globant to be an expert in cutting edge practices, such as social networks, videogames and mobile, while building a culture based on innovation.
Guibert is VicePresident of Endeavor Argentina. In 2011, he was also included in the Powerful 25 list of Globalization Today, recognition that positions him as one of the industry´s most influential leaders.