The Original Gangsters of Crowdfunding 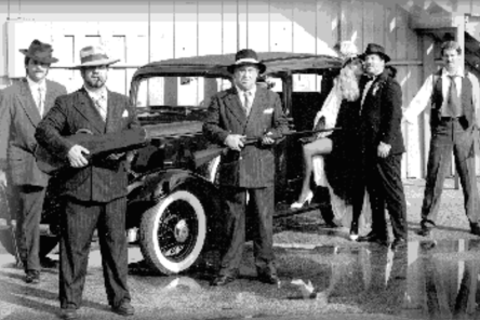 Learn secrets of the trade from the organizations that have been doing crowdfunding the longest - charity: water, Donors Choose, Kiva and Global Giving.
Combined these brands have raised hundreds of millions of dollars online through a unique approach to grassroots fundraising.
Leading this panel will be the marketing and product leads from 4 of the worlds most innovative non-profit organizations.

Katherine is currently the VP of Product at Kiva.org, a non-profit which popularized microlending over the web to entrepreneurs around the world. In this role she oversees product management, design, and strategic planning. Prior to Kiva, she co-founded a social dating startup, spent 7 years in various product and strategy roles at eBay and PayPal, and was an Associate at Mercer Management Consulting (now Oliver Wyman). Katherine received an MBA from Stanford Graduate School of Business and a BA Economics at Harvard-Radcliffe.

Katie leads the marketing and branding for DonorsChoose.org, engaging over 1.5 million donors and teachers in supporting public school classrooms. Before forming the marketing team four years ago, Katie led the expansion to serve schools across the east coast.

Prior to joining DonorsChoose.org, Katie launched a customer acquisition business at Red Ventures, a company ranked on the Inc. 500 list as one of the nation’s top 20 fastest growing companies. She also has experience in market research for commercial, non-profit and political clients.

Katie earned her M.B.A. from the Darden School at the University of Virginia, where the faculty awarded her the Hyde Fellowship for her contributions to the school. She is an alumni of Leadership Charlotte (2011) and was named to Charlotte Business Journal's "40 Under 40" (2010).

Kevin leads GlobalGiving's Product team - a talented group of programmers, system adminsitrators, unmarketers, and champions for customer bliss that work tirelessly to improve our site so that donors can support more projects and projects can get more donors. Previously, Kevin designed award-winning next-generation television user interfaces and did research for a major consulting company until he realized his skills were being wasted on things that weren't making the world a better place. Kevin graduated from the University of Maryland, College Park with a B.S. in Computer Science with Honors and a B.A. in Economics. In his spare time, Kevin writes user-friendly recipes at MakeBetterFood.com.

Paull's leadership of charity: water's digital strategy has seen him recognized by the Australian Trade Commission as one of the 'Global 50' influential Australian expatriates and by the Direct Marketing Educational Foundation as an industry 'Rising Star'.

Paull moved to New York from Sydney in 2007 as a well known PR and Marketing blogger and commentator. His work has been featured on FOX News, Wall St Journal, Sydney Morning Herald, CNN and the Australian Financial Review. You can follow Paull on Twitter @paullyoung