Listening to People in Need: Lessons for America 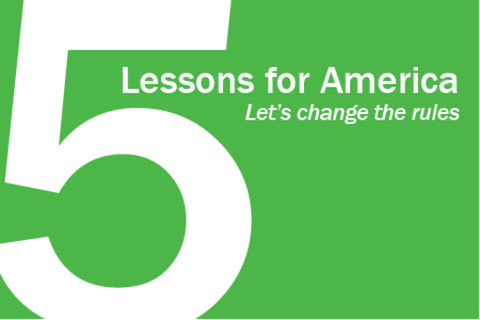 Ever wonder what it really takes for a person to bring his or her family out of poverty? Ever ponder why a low-income kid in your city doesn’t just study harder? Why the cashier at the drugstore doesn’t go to school at night to qualify for a higher-paying career? Why low-wage jobs are often hard to fill?

This past year, we’ve been asking low-income adults what challenge or opportunity they’re facing and what it would take for them to overcome it and continue on towards their goals. In the process, we’ve learned a great deal about what Americans in need need to help them move forward towards stability.

This Core Conversation will use the videos and writings of low-income American adults to touch off conversations illuminating and exploring five (sometimes counterintuitive) lessons we can learn from the real experiences of low-income families.

Megan Kashner, a clinical social worker, founded Benevolent (benevolent.net) in 2011 with the goal of introducing a new perspective on the experiences of low-income Americans who had for too long been publicly denigrated. Benevolent redesigns the way we experience the stories of low-income families and how we act as small-dollar donors and advocates making a real impact on Americans’ lives.

Megan woke up in February of 2011 with the idea for Benevolent. Since that day, she’s been exploring, crafting and fine-tuning the concept with the help of a bevy of clever folks who have added to the possibility and promise of Benevolent.

A self-described MSW with an MBA and “Ticked-Off Social Worker,” Megan has spent her career leading organizations and programs dedicated to bringing innovation to the nonprofit sector and to improving social service support for women and families living in poverty and at risk. Kashner previously served as an executive director for the Taproot Foundation and held direct service and leadership positions in many Chicago area social service agencies. Megan and Benevolent have been featured at the White House, at national conferences on philanthropy and entrepreneurship, on CNN Headline News, in FastCompany, Mashable, MSNBC, the New Yorker and more.

Megan is a Licensed Clinical Social Worker with a BA in Public Policy and American Civilization from Brown University, a master’s degree from University of Chicago’s School of Social Service Administration and an MBA from Northwestern University’s Kellogg School of Management.

A New York to Chicago transplant, Megan lives with her partner and their two children in Evanston, IL where they attend more than their fill of soccer games and can often be found baking or carousing with friends and neighbors.