You Got Them to Do What? Behavior Change in Health 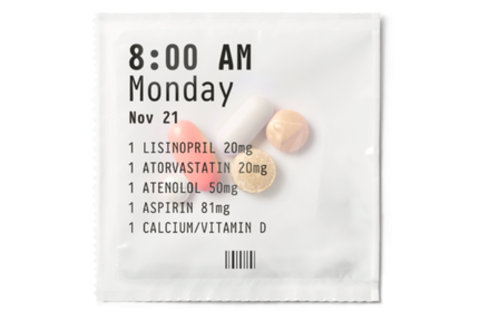 Behavior change is hard. Doctors, trainers and clinicians have struggled for years to get people to take their medication, track what they eat, and increase their physical activity. And it's failed.
While behavior change is hard, design makes it easier. New approaches and products have lead to deep and sustained engagement, helping people live better.
This isn't a high-level discussion about the importance of design. Instead, you'll hear about the hard tradeoffs which lead to successful exits and the expensive mistakes which can spell the end of an effort. Learn how to optimize for engagement and empathy, in partnership with government initiatives, and how to do it all in the increasingly-regulated environment of consumer health.
Panelists have focused on driving behavior change while building products and companies, bridged the gap between clinical and consumer perspectives in health, and worked on technology issues for the White House.

Andrew J. Rosenthal leads business development for the UP health and wellness product from Jawbone. He previously was Chief Strategy Officer at Massive Health (acquired by Jawbone, 2012). Rosenthal graduated from Harvard Business School, and the University of Pennsylvania, where he focused on consumer health and healthcare systems. He co-founded happier.com, an online consumer wellness platform, from 2008. His work has been widely featured, including the New York Times, Washington Post, CNN, and NBC Nightly News. He is an advisor to the SXSW Health Accelerator program and the Oliver Wyman Health Innovation Center. Andrew is @rosenthal on twitter.

Elliot's experience spans the breadth of consumer health technology. Trained as a computer scientist at UC Berkley, Elliot worked in program management at Microsoft before starting Corengi, a company (part of Healthbox, 2012) which helps connect patients to clinical trials. He was on staff at the MIT Center for Entrepreneurship, where he built a number of new programs including the "T=0" entrepreneurship bootcamp. Elliot then co-founded MIT Hacking Medicine, which is an ongoing effort to create an ecosystem for engineers in the MIT community to work alongside clinicians on important medical problems. As an MBA student at MIT Sloan, Elliot co-founded PillPack (TechStars 2013) which uses human-centered design to make medication management easier. He's also advised on health tech investments for Founder Collective.

Sr Advisor to the US CTO at the White House

Ryan Panchadsaram, a senior advisor to the U.S. Chief Technology Officer at the White House, works with the Office of the National Coordinator of Health IT and the Department of Veterans Affairs on Blue Button. This initiative is designed to enable millions of Americans to easily and securely download their own health information. Ryan’s previous posts include a stint at Ginger.io, a spin-off from MIT Media Lab, using big data to transform health. He has been a Fellow at Rock Health. Pipette, the company he founded and incubated at Rock Health, was ultimately acquired by Ginger.io. Ryan has also worked at Salesforce.com and at Microsoft, where he filed multiple patents. Ryan serves on the board of SeventyK, a young adult cancer advocacy group.