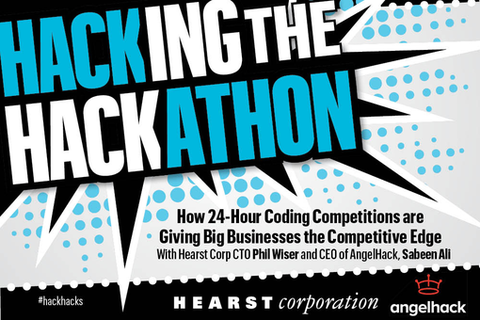 During New York Fashion Week in February 2012 - and in the middle of the year's biggest snowstorm - Hearst Magazines teamed with AngelHack, organizer of the world's largest hackathon competition, for its 1st Fashion Hackathon. 150+ programmers, designers, and entrepreneurs worked for 24 hours, using Hearst APIs including Cosmopolitan, Harper's Bazaar, ELLE and Marie Claire, to come up with new products that married fashion and emerging technology. The winners, who were strangers to each other and to the industry before the hackathon, walked away with $10,000. At this panel you will learn why companies like Hasbro, McDonalds, and Popular Mechanics are recognizing the value, competitive advantages, and strategic business opportunities that can arise from these 24 hour coding competitions known as hackathons. The session will be led by Hearst CTO Phil Wiser and AngelHack CEO, Sabeen Ali.

Philip R. Wiser is the Chief Technology Officer of Hearst Corporation and is known as a key pioneer in the creation of the online digital music industry and the emerging over-the-top TV market.

Prior to Hearst, Wiser was chairman and president of Sezmi Corporation, an industry-changing technology company in global Internet television market that he co-founded in 2006.

From 2004 to 2006, Wiser was CTO at Sony Corporation of America. He also formed the Digital Business Group at Sony Music while serving as its CTO and SVP from 2001 to 2004, overseeing all technology strategy and digital businesses. While at Sony, Wiser was responsible for spearheading the creation and growth of a billion dollar digital media businesses by maximizing the combined benefit of technology and content for the company including music, books, movies and games.

He built the first online music distribution platform as a founder of Liquid Audio, where he served as CTO and a director of its Board from 1996 to 2001.

Wiser’s passion is applying technology to enable content creators to reach their audience in new ways while always delivering an improved user experience for consumers.

Sabeen Ali is the CEO and Co-Founder of AngelHack. She is the brains and execution behind the world's largest international hackathon competition. Sabeen has spent the past two years perfecting the hackathon model and establishing most of the best practices widely used in the hackathon industry. She has also worked with numerous technical and non-technical partners on leveraging the hackathon model to create a hack culture, infuse creativity within a brand, and most importantly innovate. Sabeen has been a consultant for leadership and organizational development with Kaiser Permanente, Yahoo!, Peet’s Coffee, and also currently teaches Change Management at Cisco Systems. She founded her own training and development company, Team Building ROI, in the Bay Area in 2011 which she sold to begin AngelHack. She loves traveling and being a great mommy to her 2 daughters, Noor and Laila.